List of Best Casinos that Accept Pay4Fun Payments in 2021

Online casinos that accept Pay4Fun payments for deposits and withdrawals, all ranked by Casino Guru. Choose the best Pay4Fun casino from our list.

What is in All casinos tab? 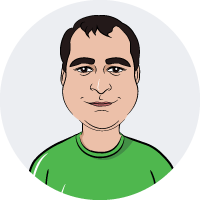 Fast, simple, and convenient. This what an ideal payment method for online casinos should be. When you come to a brick-and-mortar casino, you go to the cash desk, give your money over the counter, and receive a pile of chips. Or in the case of slots, you just approach the machine and start playing. Players want the same promptness from the best online casinos in the world. And with Pay4Fun, they get it.

The list of Pay4Fun casinos may not be as vast as the one for PayPal (see PayPal casinos), Skrill (see Skrill casinos), and the rest of household payment gateways, but it's still pretty extensive. And thanks to the Casino Guru's review team, now you can pick the right casino with Pay4Fun to play at in a matter of minutes.

Before you go for choosing the best Pay4Fun casino, you may want to learn more about what Pay4Fun is and why it is a good payment method for online casinos.

Pay4Fun was founded in 2017 with gaming in mind. Brazilian players experienced some issues with betting and gambling on international websites due to strict gambling policies in the country until 2018. Pay4Fun has foreseen the changes to come with the new legislation that was introduced that year and expanded the scope of operation to the online casino market. It became the first fin-tech company in Brazil dedicated to the online gambling segment.

Pay4Fun casinos started to emerge, and now the brand has dozens of partnerships with reputable betting and gambling operators. It runs without intermediaries and offers secure and hassle-free payment services to online casinos.

Its credibility was backed up by EGR B2B Awards 2019 that nominated the company in three categories: Innovation in Payments Solution, Payments Company, and Services Rising Star.

Services like Pay4Fun are popular because you don't have to enter credit card details every time you want to make a deposit. Also, withdrawals via a wire transfer may take up to one week, while casinos that accept Pay4Fun usually transfer funds much faster.

Pay4Fun is easy to use and tailored specifically to entertainment sites like online casinos. Some users also like the opportunity to conceal their credit card details and provide only the Pay4Fun account information to the online casino site, which is a safer deal.

However, Pay4Fun is not as widespread as other payment methods. It's very convenient for players from Brazil, which can't be said about people from other countries.

How to use Pay4Fun in online casinos

The service immediately accepts deposits from your credit card, so you can start playing right away after creating your account at Pay4Fun. Deposit methods include standard Visa, Mastercard, and American Express, along with transfers from Brazil's most prominent banks like Banco do Brasil, Bradesco, and Santander.

After depositing funds into your Pay4Fun account, you should choose an online casino that accepts Pay4Fun and tie this account to your profile on the online casino website. Then it's just a matter of depositing or withdrawing money easily and quickly.

How to choose the right casino with Pay4Fun

The hardest step here is choosing the right casino with the Pay4Fun payment method rather than transferring funds between the services, which takes no longer than few minutes. Now, we will tell you how to choose the best Pay4Fun website from the Casino Guru list.

The easiest option is to approach the 'Recommended' tab, where we gathered all quality options according to the opinion of our review team. The websites you see on the list are already Pay4Fun casinos available in Brazil if you currently reside in the country.

Moreover, you can pick from new Pay4Fun casinos by scrolling through the 'Newly opened' tab, in which you see fresh websites that were launched only recently. They are known for attractive bonuses and promotions, as they need to build an audience and establish a reputation.

There are also some other tabs and filters. You can narrow down your search using filters like mobile-friendly Pay4Fun casinos, Pay4Fun sites that accept Brazilian real, those that support the Portuguese language, and so on.

And if you're a bit lost in this embarrassment of riches, read our comprehensive article on how to choose a casino. This should help you out with selection. If you want to make sure you're making the best possible choice, it's also good to read the full casino review before creating an account.