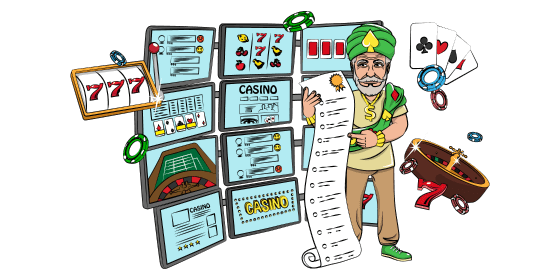 120 games found based on your search. Showing 1 - 20
Clear all filters to find more games

Since their formation in 2006, Betsoft have developed a reputation for providing quality casino software and games. The company is based in Malta, where it holds the Class 4 Gaming Licence. From there it has built an international presence, serving over 500 customers globally and acquiring extra licenses in Romania and Curacao along the way.

In 2010, the Betsoft Slot3 brand was launched — a series of innovative 3D slots that offered players an immersive cinematic experience. Not only that, but these titles were made available in mobile form the following year under the name of 'ToGo'. These offered all the exciting 3D features of the Slot3 titles but without losing any of the quality of the original desktop versions, according to Betsoft.

The range was clearly a success. Popular with casino players, the company won a series of awards for their innovative Betsoft games and their user-friendly platforms that help clients build their own casinos. These include scooping both the 'Slot Provider of the Year' and the 'Game of the Year' at the iGaming Media awards in 2019.

Today, Betsoft's skilled team of engineers and developers serve an expansive range of customers in Europe, Asia and the Americas and continues to release excellent 3D slots, many of which you can try out for free on the Casino Guru website.

Betsoft's award-winning selection of games are dominated by their bold 3D slots, produced under the Slot3 banner. A quick scroll down their list of titles backs this up with their larger-than-life animations and striking fonts.

The games mostly offer 20 to 30 pay-lines and three to five reels, and their bonus options range from standard features such as free spins, to exciting second screen bonuses that offer the potential for big wins.

The Hive is an example of a slot with standard bonus options, but stunning animations. This beautifully designed five-reeler takes the form of a hexagonal beehive: when you match winning symbols, clusters begin to form and are collected as honey in a 3D jar-shaped meter at the side of the grid. Once the jar is full, you get access to bonus features such as free spins.

Betsoft also offer bonuses in the form of their 'wilds feature' in games such as Under the Bed. With cute Monsters Inc-style creatures providing the backdrop, players can try to get to an advanced second screen bonus that gives them the chance to earn big winnings through interacting with the game's characters.

Other fun options include a journey across the wild seas in Viking Voyage and a Marlon-Brando inspired Slotfather, where players are treated to iconic Mafia-style features as they spin.

While Betsoft's 3D slots are certainly the jewel in their crown, it's worth remembering their expansive range of other types of casino games, including all the classics such as blackjack and roulette. These titles are also given the 3D treatment, which makes you feel as if you're actually in the casino itself, competing against the croupier and building your stack of chips.