Stay up to date. Would you like to be notified about latest gambling news and updates?
Allow
Home Gambling Industry BetMGM gets content boost by EveryMatrix 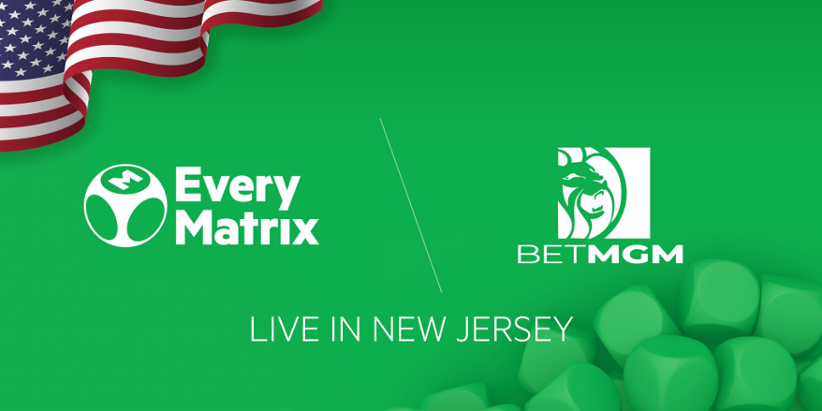 EveryMatrix has been known not to shy away from the North American iGaming market. In fact, if you have a quick look through some of the company’s most recent deals, you will find out that EveryMatrix is a licensed B2B iGaming supplier in Ontario, Canada and that it’s already powering 888casino in the United States.

True to its ambitions to expand further in the region, EveryMatrix has now gone live with another industry heavyweight, to name BetMGM. The partners are now officially live in the US and will focus on deploying their joint product offering in New Jersey at first, before they scale through across states.

BetMGM is a leading iGaming operator in the United States and the deployment of content follows on a previously-announced partnership inked in June this year. At the time, the partners confirmed that they will make the Garden States as their future and first market of expansion, as has happened now.

Thanks to this partnership, BetMGM will be able to benefit from a number of brilliant games that are now live and available to its players. Some of the titles include The Lioness, which is based around the personality of Amanda Nunes, one of the most fearsome female MMA fighters. There is also the Mythological Mayhem Supreme Streaks and John Daly Spin It and Win it.

EveryMatrix is using the CasinoEngine and its own dedicated studios, Spearhead Studios and Armadillo Studios, to deliver excellent content that BetMGM players can use and enjoy. Commenting on the latest step in the two company’s collaboration, EveryMatrix President Americas Erik Nyman said that he was delighted to announce the launch of the CasinoEngine platform.

"Going live in the U.S. is one of the largest undertakings an online gaming supplier can accomplish, and I am particularly proud we achieve this milestone with BetMGM, one of the most progressive operators in the industry," Nyman added.

BetMGM has been keen to expand its presence in iGaming treading carefully in the sector and turning to some of the best brands out there to make sure that it has content from tier-one companies. One of the latest partnerships included a content collaboration with Greentube with BetMGM teaming up for the supplier’s content in Michigan, one of the leading iGaming states in the United States.

BetMGM and EveryMatrix are both keen to continue expanding in all iGaming states in the United States with potentially new ones launching before long in the country and the region.