Stay up to date. Would you like to be notified about latest gambling news and updates?
Allow
Home Gambling Industry EveryMatrix secures AGCO license and enters Ontario 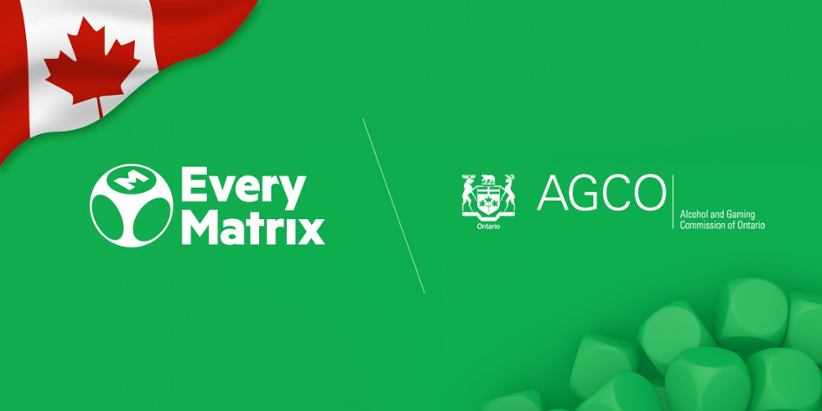 EveryMatrix, a provider of iGaming and sports platform solutions, has obtained a license from the Alcohol and Gaming Commission of Ontario (AGCO). This enables the company to launch in the high-promising provincial market in Canada and brings its full operations to bear in what is said to be the most lucrative jurisdiction in Canada.

Thanks to EveryMatrix’s turnkey offer, partner brands will have the opportunity to rapidly set up and deploy their iGaming operations while indulging themselves in one of the best platforms available. EveryMatrix is also capable of bringing games from its own studios, Armadillo Studios, and Spearhead Studios, who will be contributing to the offer.

On top of that, EveryMatrix operates in both the sports betting and the casino vertical, helping develop bespoke technology that elevates brand standing and helps each business reach its objectives. The EveryMatrix studio games include some 100 titles divvied up between both development teams, with many of them specifically themed to appeal to North American crowds.

There are a number of great games that will strike home with fans, including The Lioness which is a branded slot about UFC fighter Amanda Nunes and another slot dedicated to golfer John Daly in John Daly Spin It And Win It. Commenting on this partnership, EveryMatrix Americas President Erik Nyman was pleased with the development and marked the importance of obtaining that license for EveryMatrix’s further plans in the North American market and Canada in particular.

He called Ontario "Canada’s largest jurisdiction" and has a point. Ontario only opened for business in April this year, but it has been fast developing. The market is expected to be the best developed and most saturated iGaming market in the country, bringing good results for everyone.

Suppliers and operators have filed along since early April, building up their numbers in the province. Ontario has been able to welcome dozens of new and established companies. AGCO has issued a number of other licenses in recent weeks. The regulator granted GiG a supplier license to set up operations in the province.

The province welcomed other prominent brands in June as well with PokerStars and Casumo both gaining an entry. The market continues to develop in strides with more operators and suppliers focusing on growing their footprint in North America, and using Ontario as an important foothold to gain further entry into the vast continent which is poised to explode in terms of iGaming potential.

Yet another big entry for the Ontario market. Do you reckon there is a cap on how many new companies could enter the province and operate successfully there?

Leap Gaming doubles down on its Romanian commitment

Apparat Gaming’s products will now be part of CasinoEngine