Stay up to date. Would you like to be notified about latest gambling news and updates?
Allow
Home Gambling Industry Red Rake Gaming expands in Belgium via Napoleon Casino deal 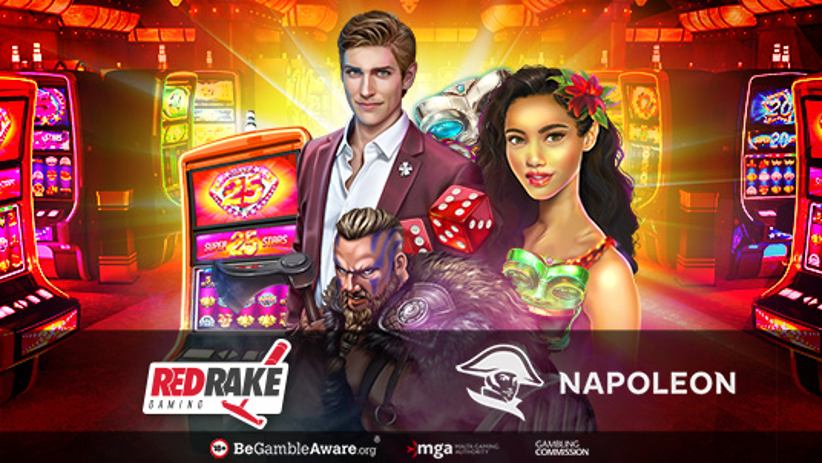 The leading iGaming games and content developer, Red Rake Gaming (RRG), announced a new partnership Tuesday with Napoleon Group. The terms of the new deal saw the developer expand the reach of its content to the regulated gambling market in Belgium.

Under the terms of the new deal, Napoleon Group, an operator with more than four decades of experience in the gambling industry, will deliver leading titles from RRG. Such games include Lucky Adam, Vikings Journey, Tiki Goddess and Super 25 Stars, among other leading games.

Melissa Deboelpaep, Napoleon Casino's Gaming Content Manager, commented on the topic in a statement saying: "Securing the Red Rake's Gaming content deal is a major boost to our casino offering and provides our players with a wealth of fresh and engaging content."

She explained that the company is delighted to deliver Red Rake's games that offer unique and thrilling experiences. Deboelpaep outlined that Napoleon Casino is focused on offering safe and engaging entertainment for its players. Finally, she said: "This addition will further enhance the diversity of our portfolio."

Currently, Napoleon Casino owns and operates the Grand Casino, located in Knokke, as well as more than two dozen arcades in different locations around the country. The company is strongly committed to offering engaging and safe experiences for its customers at all its locations.

Thanks to the latest collaboration, Napoleon Casino customers gain access to highly successful RRG games including its latest title Lucky Adam and the popular Super 25 Stars. The addition of RRG's titles will help the brand further solidify its leadership position in the country and expand its content offering.

On the other hand, for RRG, the collaboration expands the reach of the prominent developer and supplier of casino games. In fact, only recently, the company expanded its reach further by joining forces with Tico Bingo. This boosted RRG's reach into Latin America, which is a market that holds significant potential for expansion.

Nick Barr, Red Rake Gaming Malta's Managing Director, said about the latest deal: "We are delighted that Napoleon have selected Red Rake Gaming to be a part of their future growth in the Belgian market and is a testament to Red Rake Gaming's focus on delivering the best localized content to markets around the world."

Last but not least, he added: "Belgium has always proved to be a great market for us with the Red Rake Gaming content resonating with traditional arcade culture markets, particularly our super series of games which combines classic look and feel with non-stop action through a multitude of feature games in each slot."

Have you played any of the popular casino games offered by Red Rake Gaming?