Stay up to date. Would you like to be notified about latest gambling news and updates?
Allow
Home Gambling Industry Lady Luck inks groundbreaking deal with Microgame in Italy 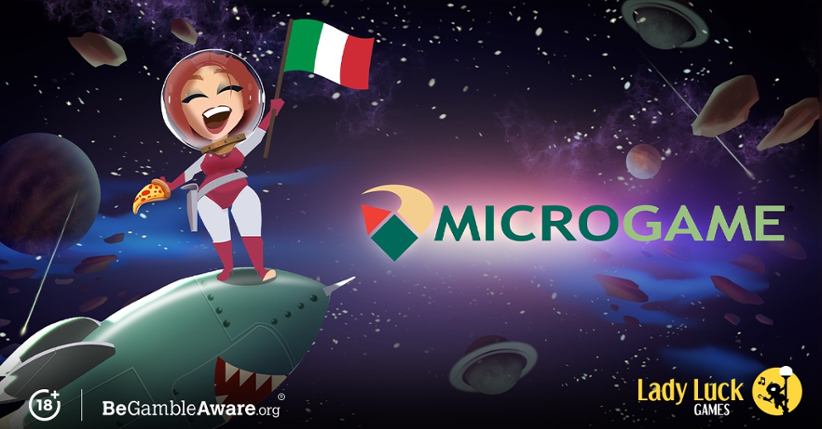 The leading developer of games and content for the iGaming industry, Lady Luck Games, announced a new agreement that will significantly expand its European footprint. The company unveiled Tuesday it joined forces with Microgame, the leading aggregation platform.

The latest deal will see Lady Luck Games tap into one of the largest and well-established markets in Europe, the regulated market in Italy. Under the new distribution agreement, the developer will significantly expand its content through Microgame's multi-channel offering.

As a result, players in Italy will gain access to leading content from Lady Luck Games including hits such as Mr. Alchemister, The Treasures of Tizoc, Beetle Bailey, Valholl: Wild Hammers and Astro Anna, among other games. What's more, the collaboration will deliver the company's latest game SpinJoy Society Megaways for players in Italy.

In a statement released on December 6, 2022, Microgame's Chief Executive Officer, Marco Castaldo, said: "We aim to provide the best possible online experience. Lady Luck Games products are eye-catching and entertaining." He added that the company is delighted to join forces with the fast-growing provider. Finally, Castaldo said that Microgame is looking forward to the success the new deal will bring.

The new collaboration between Lady Luck and Microgame doesn't come as a surprise, considering the aggregation platform's leadership position in the regulated gambling market. Currently, the company supplies its services to a growing portfolio of more than 50 gambling operators, delivering games to more than 130 brands.

Mads Jørgensen, Lady Luck's Co-Founder and Chief Executive Officer, added: "Italy is the second biggest market in Europe, and we are delighted to enter it with Microgame, who is the quintessential strategic Italian partner." He acknowledged that the collaboration with Microgame marks an important step for the company. Last but not least, Jørgensen pointed out that the company plans further expansion soon.

The new deal with Microgame comes after late last month, Lady Luck expanded its European footprint further. The company unveiled it secured a business-to-business license from the gambling regulator in the UK, the Gambling Commission.

The license in the UK marked a significant step for Lady Luck as it enabled the company to distribute its games and ReelNRG content to leading operators via its platform. At the time of the announcement, Jørgensen said: "Securing a UKGC gaming license is a significant moment for our company."

Lady Luck Games continues its European expansion. Have you played some of the games from the leading developer?