Stay up to date. Would you like to be notified about latest gambling news and updates?
Allow
Home Gambling Industry Pariplay brings seasoned iGaming veteran as VP of Delivery 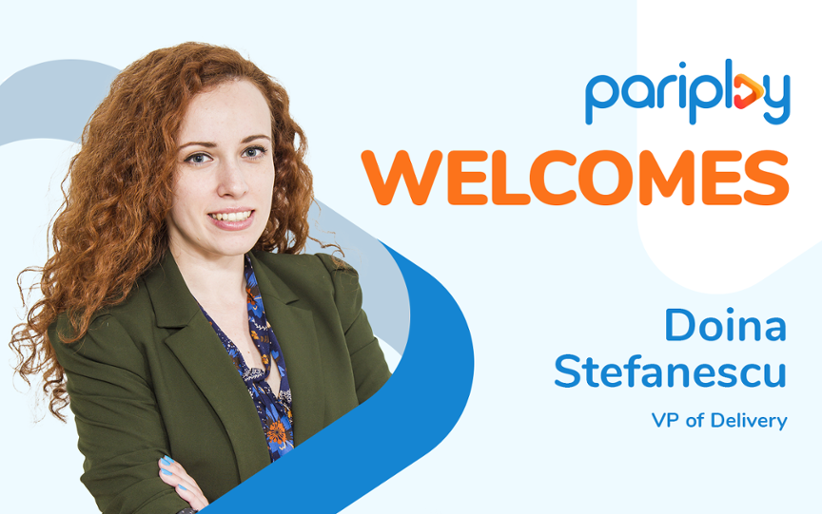 Pariplay is bringing a seasoned iGaming veteran in the position of VP of Delivery with Doina Stefanescu stepping into the position for the company. Stefanescu joins the company following a 2-year stint at DraftKings where she held numerous positions and garnered a strong understanding of the operations of one of the biggest companies in the market.

Besides working as Director of Gaming Operations in her most recent position prior to leaving for NeoGames S.A.’s subsidiary, Stefanescu also served as Chief Commercial Officer at EveryMatrix. She was an interim Chief Executive Officer for the company’s Casino Engine solution. Her appointment was welcomed by Pariplay managing director Adrian Bailey who was happy to see Stefanescu join as well. Commenting on her appointment, the executive had nothing but praise:

We are thrilled to have Doina onboard, and this appointment further underlines our commitment to evolving our product offering and further establishing ourselves in markets around the globe.

Stefanescu experience spans more than 10 years in the industry, and she also held a position with SBTech as Head of Casino Products. Her knowledge of the industry was cultivated in "the trenches" as she helped build some of the biggest companies across numerous verticals.

Bringing that trove of experience, Stefanescu will be an important addition to Pariplay just as well. She will oversee the company’s strategy to meet market requirements and work on identifying customer needs.

Her long-term mission would be to develop business plans for each product owned by the company and help drive growth. Pariplay is particularly ambitious about its immediate plans which include expansion and growth across North America, one of the most vibrant iGaming markets that is poised to explore.

Bailey said that Stefanescu’s experience is invaluable and that will translate into results for the company. Stefanescu herself welcomed this opportunity to embark on a new journey. "I look forward to implementing my knowledge and experience to deliver additional growth and strengthening operations together with the committed team at Pariplay," she added.

Pariplay has had a string of recent successes, too, with the company projecting strength in the United States and securing licenses both from the Pennsylvania Gaming Control Board and the New Jersey Division of Gaming Enforcement over the past weeks and months. Under Stefanescu, Pariplay is likely to retain its momentum as it seeks to expand to new jurisdictions.