Stay up to date. Would you like to be notified about latest gambling news and updates?
Allow
Home Gambling Industry Wazdan strikes partnership with SYNOT Interactive 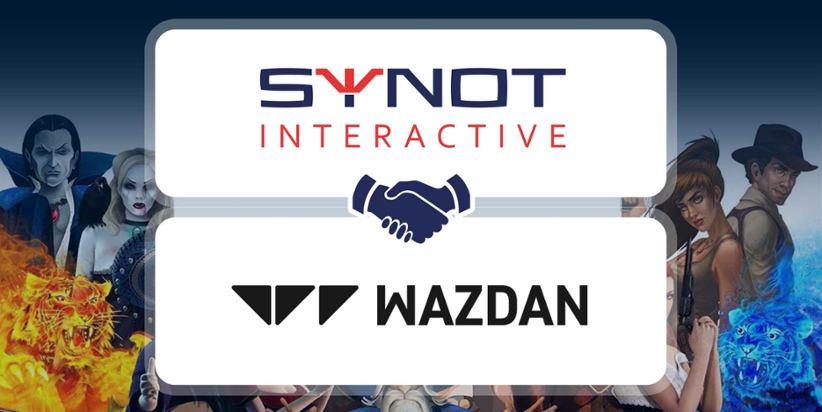 Wazdan has consolidated its presence in Serbia and Montenegro through a new partnership with SYNOT Interactive. As a result, one of the leading iGaming suppliers of casino content will be able to roll out all of its 150 titles with SYNOT Interactive brands, giving both companies a boost in the regulated markets.

Wazdan will be bringing a series of its all-time favorite and brand-new releases, including Power of Gods, Magic Spin, Fortune Reels, Hot Slot, 9 Coins, and Fortune Reels, among others. Wazdan is going to make the experience even more fun for its players through Hold the Jackpot, Sticky to Infinity, Volatility Levels, and Collect to Infinity features that are designed to boost gameplay and engagement.

All of these will be made available through the SYNOT Interactive aggregation solution elevating the experience for players. Wazdan’s games are already live on Maxbet.rs and Maxbet.me and will most likely spread to other regional casinos and brands. Wazdan’s expansion in the region has been going steadily over the past several months and is likely to continue.

Commenting on this latest expansion move, Wazdan Head of Sales and Business Development for Balkan and SE Europe Radka Bacheva said that the company was delighted to be teaming up with SYNOT Interactive and launching with what is a top-tier operator such as MaxBet.

Bacheva welcomed the opportunity to see the Wazdan games appear online with MaxBet as one of the leading operators in the region. She paid tribute to SYNOT Interactive as well, adding:

To have our top-class games alongside them for players to enjoy is brilliant, and we couldn’t be more excited to see this partnership with SYNOT Interactive evolve.

SYNOT Interactive Project Manager Pavel Mikeš also joined the conversation and said that Wazdan has made some significant moves across Europe in recent months. He particularly praised Wazdan’s ability to read consumers and adapt its own products to better fit player expectations in the first place, bringing a top tier of games.

As to SYNOT Interactive, the company has been expanding in other jurisdictions as well. In October, the company confirmed a partnership with SKS365 Group in Italy.