Stay up to date. Would you like to be notified about latest gambling news and updates?
Allow
Home Gambling Industry Pragmatic Play unveils new slot: Mammoth Gold Megaways 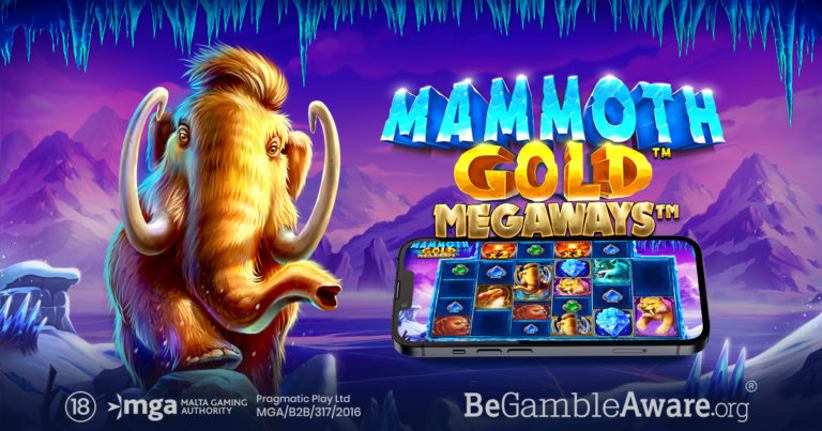 In a statement released on January 19, 2023, the company's Chief Operating Officer, Irina Cornides, shared her excitement saying: "Mammoth Gold Megaways offers players a huge amount of entertainment in the base game with cascades, multiplier wilds and the ever-popular Megaways mechanic, which work in tandem to deliver high-intensity action."

Finally, she explained: "The free spins round allows for some direct interaction with a gamble mechanic and the bonus round upgrades the features in the base game by introducing an overall game multiplier for a feature-packed gameplay packaged in a beautifully crafted slot."

Mammoth Gold Megaways offers plenty of exciting functionalities for online customers. Whenever a player wins a combination of symbols, the slot activates a cascade function that refills the winning positions with new symbols, increasing the possibility of a secondary win. According to Pragmatic Play, "multiplier wilds are also present on the reels making it easier to create these wins and simultaneously increasing their value."

The recently released slot comes on the heels of another hit by Pragmatic Play. Earlier this week, the company introduced Secret City Gold, a slot inspired by the ancient Aztec culture.

Before that, earlier this month, the company joined forces with the leading operator in Switzerland, Grand Casino Bern. The collaboration saw the leading games developer bring its popular games to the operator's brand 7melons.ch, expanding further its reach and the offering of the online brand.

Do you like the games developed by Pragmatic Play? Have you tried the recently released slot Secret City Gold?

Enteractive to help BetCity boost retention in the Netherlands