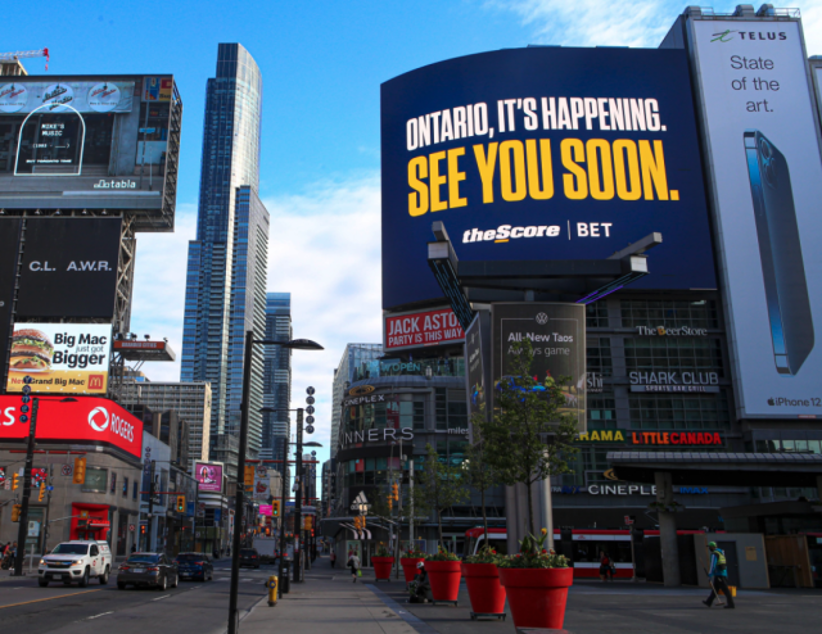 TheScore Bet, a subsidiary of Penn National Gaming, has been granted its Certificate of Registration by the Alcohol and Gaming Commission of Ontario. As a result, it has become the first to obtain a Gaming Labs International certification in Ontario.

TheScore Bet is expected to launch online gaming in Ontario on April 4, the first day iGaming will be allowed in the Canadian province. However, it must comply with all regulatory requirements and execute an operating agreement first with iGaming Ontario.

John Levy, CEO of theScore, stated, "We’ve been and will continue to be at the forefront as regulated internet gaming is introduced in Ontario and are beyond excited to be able to bring TheScore Bet to our home market on April 4. Finally, the countdown to launch has begun."

Penn Interactive, a company-owned interactive division, is responsible for retail sports betting throughout the company's portfolio.

Both deals enabled Penn National to increase and strengthen its digital footprint throughout North America. But it faces stiff competition. Wynn Resorts might be considering leaving the market because of the competition.

Penn National just released its latest earnings report this week. For most of the latest period, it had strong property performance across all segments. Omicron caused some weakness in December, but this was resolved in January.

The operator continues to enjoy a stable and rational marketing environment in most of its markets. Its company-wide reinvestment rate was lower in the fourth quarter of last year than in 2020 and 2019.

Penn National believes that the EBITDAR (earnings before interest, taxes, depreciation, amortization and restructuring) flow-through achieved during the second half 2021 is sustainable due to a combination of structural cost reductions across its portfolio and revenue-enhancing investments made in technology.