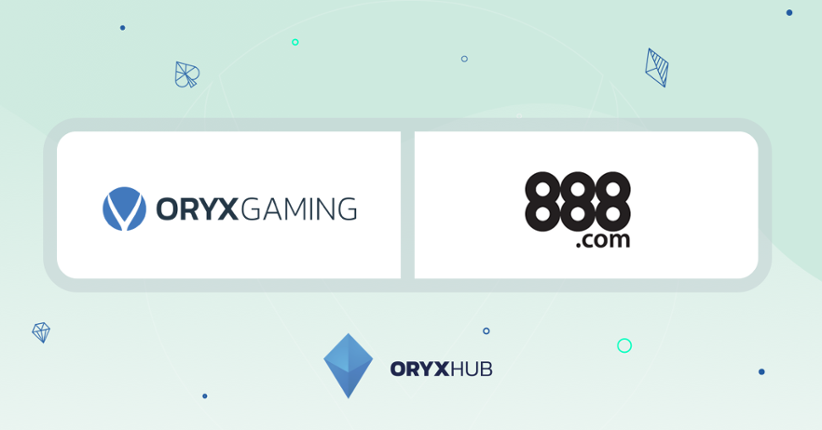 The partnership between the two companies allows 888casino to tap into the dedicated RGS portfolio by ORYX which will now be available on the Spanish market. This link-up will significantly expand the number of available games playable on 888casino.

Oryx is fully prepared to provide Spanish players with localized games that feature exciting themes, new mechanics, and titles by some of the most popular and innovative studios. The companies feel confident that this fresh content injection will help 888casino remain fully competitive in the Spanish iGaming market.

Commenting on this launch, Bragg CCO Chris Looney said that the company was very pleased to be teaming up with the 888 casino brand. He argued that Bragg will be launching premium and brand new content in established and fresh markets over the coming months and that this tie-up in Spain would serve as a stepping stone to further growth in key regulated markets.

This sentiment was shared by 888 VP of B2C Casino Talya Benyamini who said that the partnership with ORYX would allow customers to benefit from dynamic and exciting games. This tie-up is an important part of the further content-leadership strategy promoted by 888, Benyamini said.

Braggs will also add more content to 888’s portfolio which will now include games by Blue Guru, one of Bragg’s latest partners. In the meantime, Oryx Gaming has been quite active in other markets around the world. The company struck a similar partnership with 888casino to break ground in the United Kingdom.

Oryx also made it onto the White Hat Gaming platform, announcing that it would make its games available to the latter’s partners. The content company also became a partner to Jack’s Casino in the Netherlands in November 2021, marking its entry into another highly-regulated gambling market.

The total addressable market for Spain is projected at $0.53 billion for 2022 according to H2 Gambling Capital, the company shared in a press release. Meanwhile, 2021 was particularly strong for Oryx which managed to launch in four new markets, sign up content agreements with 80 new operators and 140 brands, and added three iGaming platform partnerships.