Stay up to date. Would you like to be notified about latest gambling news and updates?
Allow
Home Gambling Industry Swintt's games join Pariplay's aggregation platform 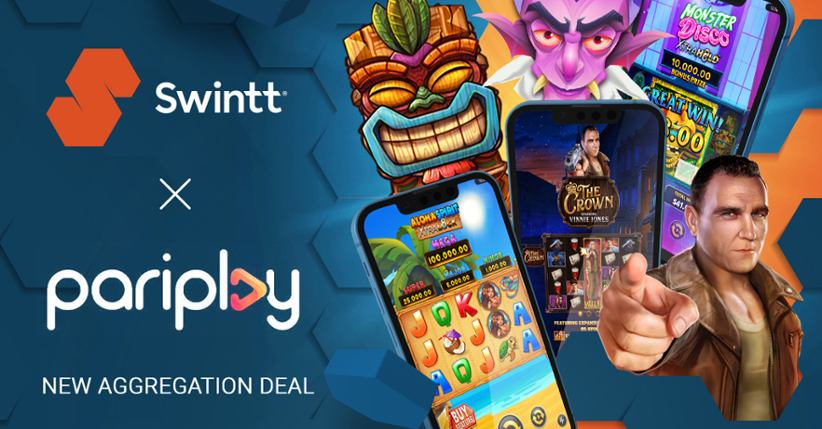 Award-winning developer and supplier of slot games, Swintt, has signed a new partnership with Pariplay, and the latter’s aggregation platform, Fusion. Fusion is a powerful aggregation solution that brings together thousands of games and makes them immediately available to consumers and partner businesses.

Presently, Pariplay’s aggregation solutions ranks as one of the best in the industry, offering a choice of more than 14,000 titles and covering 20 regulated markets. Pariplay is constantly looking to expand its global reach in terms of available jurisdictions and overall number of games, and the addition of Swintt is a step in this direction.

Moving forward, Pariplay and Swintt will partner for the latter’s distinct premium and select games, that are some of the best that players can enjoy. Thanks to Fusion, partner operators will unlock the magic of such popular Swintt titles as Master of Books, Extra Win X and Cleopatras Diamonds games.

Swintt has been moving forward with the development of innovative products that can elevate its overall experience and presence in the industry. Among the company’s latest releases is Aloha Spirit XtraLock, which is touted as a ground-breaking solution that comes with excellent bonus rounds that are "not available elsewhere."

The "Xtra" feature and series of games is another worthwhile addition to the Pariplay solution, the companies believe. Swintt has also enjoyed a number of celebrity-focused slots and games, including The Crown which features Vinnie Jones to create one of the most compelling slot experiences available to date. Commenting on this new opportunity, Swintt CEO David Mann said:

"At Swintt, one of our major aspirations has always been to share our award-winning collection of games with customers in as many regulated markets as possible – and through this huge new deal with Pariplay, we’ll now be able to do just that."

Mann further hailed Pariplay and its aggregation platform and said that the entire team was looking forward to seeing how well-received Swintt’s games by Fusion partner and their players would be. Pariplay Director of partnerships Callum Harris was similarly pleased with the development and said that Fusion was on a mission to add as many trusted partners as it can to make its platform the go-to option for operators.

Pariplay has been actively expanding its reach with the addition of companies such as Everi Digital and Kalamba Games over the past several months, among others.