Stay up to date. Would you like to be notified about latest gambling news and updates?
Allow
Home Gambling Industry Apparat Gaming’s products will now be part of CasinoEngine

Apparat Gaming’s products will now be part of CasinoEngine 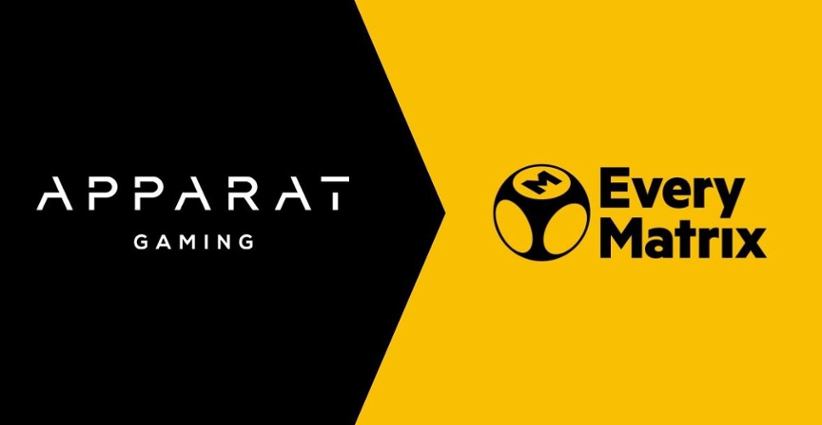 Apparat Gaming, an iGaming developer and content supplier which prides itself on a "German-touch" approach to game-crafting, has signed a new partnership with EveryMatrix, an aggregator of iGaming products.

This marks an important step forward for both companies. Apparat Gaming is on an ambitious mission to spread its iGaming clout globally, in as many jurisdictions as it can, while EveryMatrix is keen to add tier-one developers and suppliers to its dedicated iGaming integration platform.

As a result, Apparat Gaming’s portfolio will now be part of the CasinoEngine platform. The collaboration will also cover future releases as Apparat plans on picking up the production pace and expanding its team and market reach. The partnership was welcomed by Apparat Gaming Director and Co-founder, Thomas Wendt, who saw in it an opportunity to pursue important strategic goals together:

This agreement will see our games go live with household name online casino brands in key European jurisdictions and beyond, allowing Apparat Gaming to super-charge the momentum we have already built since launching our first series of slots last year.

Wendt confirmed that the company has an ambitious production roadmap for the rest of the year which will yield dividends to both partners. EveryMatrix makes a strong partner for the company for several reasons.

First, there is the fact that EveryMatrix is already present with several German iGaming operators and Apparat Gaming is based in the country as well. Apparat has been able to create some unique and already player-favorite games such as 40 Sevens and Total Eclipse.

This new partnership only strengthens both companies' position in the German iGaming market, but it also enables them to pursue new audiences and consolidate their pull with existing ones. EveryMatrix CasinoEngine COO Amund Stensland also welcomed this opportunity and said that Apparat Gaming’s unique game design and art made the company’s products stand out from the rest of the competition.

It's this quality that will make them more popular with players and enable EveryMatrix to pursue future growth opportunities in existing and new markets. EveryMatrix already powers some significant names in the iGaming industry.

Most recently, the company struck an important partnership with 888 Holdings and the company is now powering the 888casino with content.

Leap Gaming doubles down on its Romanian commitment