The Genetics of Problem Gambling

Learn about the influence of genetics on problem gambling and find out whether your genes can make you more likely to get addicted to gambling or not. 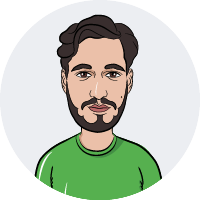 Can your genes make you a problem gambler?

People often blame genetics for a variety of bad things in their lives. But could losing the proverbial genetic lottery result in you becoming a problem gambler? This question has occupied researchers since the late 1990s. By the end of this article, you will understand the past 20+ years of scientific research and discover the answer to that very question. But first thing's first – the basics.

The American Psychiatric Association describes it in DSM-5 as an addictive behavioral disorder that involves repeated problematic gambling behavior that causes significant problems or distress.

Problem gambling affects all aspects of sufferers' lives, including their families, relationships, careers, physical and mental health, and of course, finances.

A person is considered a problem gambler when they manifest at least 4 of the 9 possible symptoms listed below (a.k.a. markers) over a period of twelve months.

Problem gambling was first recognized as a disorder in the late 1980s, thanks to Dr. Robert L. Custer, who spent years studying and describing the phenomenon. He initially defined it as an impulse control (or compulsive) disorder rather than an addiction. However, further research into the subject revealed a significant link between problem gambling and substance abuse, which lead to the change in classification.

Nowadays, problem gambling is understood, identified, and treated as an addictive behavioral disorder. Like any addiction, it's a complicated issue, impossible to assign a single cause, manifestation, or treatment.

The Role of Genetics in Problem Gambling

Conspicuous by its absence in this addiction model is genetics, which isn't necessarily the same as biological factors. Biology describes all natural processes which occur within our bodies, while genetics invariably involve heredity. Meaning, if problem gambling is genetic, it can be passed on from parent to child. Fascinated by the proposition, several studies were published independently of each other to try and confirm or disprove the possibility.

They tried to achieve this via several different genetic research methods:

In terms of complexity, family studies are the simplest of all research methods described in this article. However, due to their comparable simplicity, they don't always produce the most reliable results. Family members don't only share their genes but are often subject to the same environmental and cultural factors. Therefore, familial transmission doesn't necessarily equate to genetic heredity.

There are two possible approaches to family studies:

A study of 817 high school students, out of which 4,7% were pathological gamblers, mentioned that the literature clearly established that parental gambling is a good predictor of adolescent gambling.

The first study of this kind examined 3359 male twin pairs from the Vietnam Era Twin Registry. It claimed that heritability could account for 35% – 55% of the probability for problem gambling symptoms. So, for example, the marker "gambled more than intended" could potentially be explained by 55% heritability and 45% environmental factors.

They discovered that there are 3 chemicals and 3 parts of the brain, which play a significant role in problem gambling.

Chemicals with a significant role in problem gambling:

Parts of the brain with a significant role in problem gambling:

It's worth stressing that these chemicals and brain parts don't only concern gambling addiction but other addictions (substance abuse, compulsive shopping, etc.), social (antisocial disorder), and mood disorders (anxiety, depression, etc.) as well.

Molecular genetic studies are the logical next step after neurobiological studies. These methods dive deep into researching subjects' DNA and look for anomalies in the genome in the form of allele variations and polymorphisms. Researchers then attempt to establish whether or not the presence of any given abnormality can determine the presence of addiction or illness.

Although it could be considered the most scientific method mentioned here, it still has its fair share of potential issues. The sample size of subjects, sexual and ethnic diversity, and the human gene pool's unfathomable size result in a considerably high risk of "false positive" results. Despite that, if the investigated genes are well-chosen and there is a diverse sample of subjects, this is one of the most useful study designs with the ability to detect moderate to small genetic changes with good statistical certainty.

Molecular genetic research has so far concentrated on the allele variations and polymorphisms present in genes associated with dopamine, serotonin, and norepinephrine. Additional research has been dedicated to investigating the role chromosomes play in the addiction.

Dopamine is of particular interest due to its involvement in the brain's reward system, as the reward system deficiency syndrome has a strong connection to many addictive behavioral disorders. Because of this association, dopamine receptor genes (DRD1, DRD2, DRD3, DRD4) were closely examined throughout the studies. Over the course of these studies, DRD2 and DRD1 were repeatedly connected to problem gambling, as was DRD4 to a lesser extent. Curiously, the DRD4 association was linked to female problem gamblers specifically.

After reviewing the body of works produced on this topic, we're ready to answer our initial question. However, it bears acknowledging that depending on the phrasing of the question, the answer may change and require clarification.

Can your genes cause you to become a problem gambler?

Yes, to a certain extent. However, cultural and social environments also play a significant role. So, depending on their circumstances, a potentially genetic problem gambler doesn't have to develop the disorder, while even a non-genetically predisposed individual can become a problem gambler.

Can problem gambling be inherited?

Yes. Certain DNA variations raise your chances of developing the disorder. As discussed in family and molecular genetic studies, these can be passed on from one generation to another.

Is there such a thing as a "problem gambling gene"?

Most likely not. PG's comorbidity with other addictions and disorders, such as alcoholism, drug use, depression, anxiety, and compulsive shopping, was repeatedly observed throughout the studies. So, while hereditary genes may make you more susceptible to these pitfalls, it is unlikely that there would be one for problem gambling specifically.

If problem gambling is genetic and biological, is it even possible to overcome it?

Yes, it certainly is. Despite all that was said in this article, problem gambling's nature doesn't make it impossible to beat. While battling any addiction is very difficult, rehabilitation is always possible through proper treatment. If you suspect you may be a problem gambler or know someone else who might be struggling with this addiction, we implore you to read up on the issue and seek help as soon as possible.

ZOOMin is a section of the Casino Guru website that contains interactive and informative content related to gambling, created by gambling experts in cooperation with specialists from other fields. Although we do thorough research when creating ZOOMin articles, they are intended for informative purposes only and should not be construed, nor relied upon as, legal advice.