Read about seven cognitive biases that affect our gambling decisions and learn if there is something we can do about it. 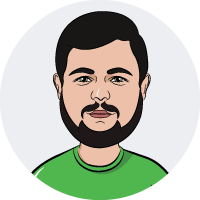 7 cognitive biases that affect how we bet

We live in an age where information is king. The answer to almost any question we can think of is at our fingertips: a mouse click or phone tap away from our thoughts. Yet despite this, the human mind hasn't quite kept up with the speed of technological development: it still makes mistakes from time to time and causes us to make the wrong decisions.

Much of this is simply misunderstanding the information in front of us, or following bad advice, but we're also susceptible to certain psychological patterns that our brains have developed to help handle masses of information. Experts refer to them as cognitive biases, and they disrupt our ability to make sensible choices.

Cognitive biases are more common than you might think. Psychologists have classified hundreds of them – just take a look at the list of cognitive biases on Wikipedia to see the extent. They cover virtually every thought process a human being can have, including gambling-related decisions. A common example in the betting world is Gambler's fallacy, the belief that future events are influenced by past actions, even though the opposite is true.

We might even consider the number 7 to be a type of cognitive bias: many people, including gamblers, believe it to be their lucky number, despite no evidence of this, and experts put it down to a simple psychological hiccup where we choose it because we subconsciously follow a certain numerical pattern making it seem special.

That's right, gambling is influenced by cognitive biases to the extent that there's a bias named after it. Gambler's fallacy stems from our general inability to understand probability, which in turn affects our judgement. It's centred on the belief that future outcomes are influenced by past results: so, if a coin lands on heads three times in a row, you may think that it's bound to be tails the fourth time, even though the probability is the same as before – 50:50.

The fallacy is common throughout the gambling world because it can be applied to any game of chance. Take roulette; Cohen (1972) reported that players bet on black in 75% of cases if the previous outcome was red. It may also explain why many roulette machines display a reel of the last few results – their makers are simply exploiting the gambler's thinking.

The strength of gambler's fallacy might even suppress other fallacies. Hot hand fallacy makes us believe in streaks; that a successful result somehow begets further successes. Many people believe that slots games are programmed to go on 'hot streaks', when really the outcome is subject to a random number generator (RNG).

Juemin Xu (2015) analyzed over half a million bets, and argued that because gamblers were affected by the Gambler's fallacy, they were more likely to select safer odds after winning as they expected the trend to reverse. This meant Gambler's fallacy overrode the hot hand fallacy in these cases: and, ironically, the behaviour actually created a 'hot hand' in itself as gamblers chose smaller odds for the next bet, increasing their chances of winning and forming a streak.

2. The Dunning-Kruger effect (an egocentric bias)

The word 'egocentric' conjures up an image of a selfish person who is only interested in his or herself, but in psychology it's more unconscious than that. Our ego often acts without us being aware of it, according to the situation we're in.

In a setting down to chance, the ego often inflates its own sense of power due to a series of egocentric biases.

Let's take a look at the simple act of playing a slots game: to an outsider, the chances of hitting a certain combination appears random, but a committed gambler may see the situation through a prism of ego-related biases, such as the Dunning-Kruger effect or the illusion of control.

The poet Alexander Pope once said that 'a little knowledge is a dangerous thing', and this describes the Dunning-Kruger effect to a tee.

When someone learns a little about a complex issue, they feel the false confidence that they're now an expert on the matter, which may push them to make bold, and costly, decisions. Yet, if they were to study further, their confidence would reduce as they realize how complex an issue is at hand.

If we apply this to slots, we may see a player who reads up a little on certain slots strategies without learning enough to fully understand the risks involved, and then having the confidence to apply what they have learned to their strategy. The Moonshot strategy, for example, is extremely volatile, and could lead to big losses should a player have false confidence when using it.

3. The illusion of control (an egocentric bias)

Various academics – Griffiths (1994) and Langer (1975) – have highlighted this illusion as prominent among gamblers. When a chance setting gives us some element of control, even if trivial, it gives us a misleading sense of influence over the situation.

Griffiths focussed on fruit machine gambling, something that is largely reflected in online slots today, and carried out a thirty-person trial, split 50/50 between regular and non-regular gamblers. He found that regular gamblers were more likely to have a 'familiar' machine, and that they felt they knew how to play its reels and use features such as 'nudge', 'hold' and 'gamble' to sway the outcome.

However, such features were termed 'pseudo-skill' features by the author, in that they gave the player the sense that they are outthinking the machine, a type of control illusion, when, in reality, the process is random.

Confirmation bias is prevalent in everyday life because it suits the human psyche: we like to believe that we're right, and we'll often search for and favor information that fits our beliefs – even if it means twisting the truth at times.

In gambling it can manifest itself in different ways. The 'hot slot machine' is a prevalent myth in betting shops – the idea that the machine is ready to pay out after a series of losses from a previous player. While the process is still random, the fact that a player once got a payout from a 'hot machine' could be the confirmation to carry on believing this myth.

Meanwhile, the near-miss effect (as described by Clark, 2010) is what may happen in a slots game when a payline displays two cherries with the third (winning) cherry just coming into view. While the player has lost, they may interpret this 'near miss' as evidence that their strategy is paying off, even though the results are completely random. Distorting the data in this way is classic confirmation bias.

We might even continue our confirmation bias even after we see evidence opposing our beliefs. The continued influence effect makes us stick to our discredited theories despite logic telling us otherwise: once certain information becomes internalized, especially if it's something we started to believe as an impressionable age, it's very difficult to remove it from your thought process. Maybe someone told us an ineffective poker strategy as a novice poker player, yet we stick with it despite evidence that it doesn't work.

While being 100% objective is impossible, it's important to take on board different points of view and assess them on their own merits. Sticking to our guns in the face of logic is a sure-fire way to lose efficiency while gambling, as well as money.

We can group several biases affecting our gambling habits under a banner known as availability bias – a human trait that means we often remember certain events more vividly and make decisions or judgements based on this.

This bias is common in everyday thinking. Think shark attacks are common? Wrong. Sure, you've read several reports about them, but then every shark attack is going to make the news – the actual probability of being attacked is miniscule, around one in 3.75 million. Availability bias is making you use the closest memory at hand – the news report – to form a judgement on its frequency.

When it comes to gambling, which events do we tend to recall – the feeling of euphoria as we land a jackpot, or the much more frequent sigh of resignation when the machine eats up another coin? We often play a game because of the fresh memory of winning big, but what about the times we lost that we've forgotten about?

Such thinking can lead to more serious matters. Robert L. Custer MD identified the winning stage as one of the three stages of problem gambling, where initial wins plant a seed in the gambler's mind that might develop into addiction further on. The availability bias makes it easier to recall these wins, and gamblers often unwittingly fall into the trap of thinking 'the next one is bound to win'.

Gamblers are also prone to an availability bias that focuses on frequency. The frequency illusion, or the similar 'fixation on absolute frequency' as Griffiths (1994) refers to it, means we tend to remember our total number of wins rather than that number in relation to the losses.

So, you won big on this slot three times? Great. How about the hundreds of times you didn't win anything? Of course, regular gamblers win more than other people, but that's only because they play more. Choosing to play a game or a strategy when only thinking of previous wins is a slippery slope.

Are males more prone than females?

Males make up the majority of gamblers, so logic dictates that they are more likely to be affected by gambling-related cognitive biases. But can we put it down to gender? I.e., if there were more female gamblers, would they be affected in the same way?

A study into gambling-related gender differences found that men were more prone to impulsive gambling, which often lends itself to irrational cognitive biases: the less time we have to think, the more likely we are to act on the first thought at hand (availability bias) or the evidence that best suits our beliefs (confirmation bias).

The type of game in question may play a part, too. Stéphanie Baggio (2018) found that gambling machines were the biggest cause of problem gambling in females, whereas males suffered more with sports betting and casino games. This would suggest that certain biases come to the fore for each gender according to the type of game they're playing.

However, generalizing in this way might be dangerous. With the human psyche being such a complex mechanism, it's probably better to assess each individual on their own merits, rather than their gender.

A 7-step strategy to overcoming your biases

The simple truth is that we're all biased in some way – a perfectly unbiased human simply doesn't exist ¬– and, in fact, a little bias is often necessary to help us make a difficult decision.

The key is to stop biases from manifesting themselves in destructive ways, which can lead to impulsive gambling and more serious problems further down the line.

While this might sound tough, taking these seven steps will put you on the way to making more rational decisions:

ZOOMin is a section of the Casino Guru website that contains interactive and informative content related to gambling, created by gambling experts in cooperation with specialists from other fields. Although we do thorough research when creating ZOOMin articles, they are intended for informative purposes only and should not be construed, nor relied upon as, legal advice.