Stay up to date. Would you like to be notified about latest gambling news and updates?
Allow
Home In-depth Regulation Games - US States Push for Regulating Gambling in 2023 The year 2023 started on a strong foothold for states looking to push with the legalization efforts of their gambling industries. Whether they seek to expand, improve, or just introduce changes, many states in the US have outlined plans to introduce gambling laws in some capacity. Some have actually succeeded, such as Maine, but the state is looking at a somewhat long timeline to implement the rules.

Meanwhile, the regulatory talk in places such as Texas, North Dakota, Kentucky, and Hawaii has been amping up, with bills and plans put forward by individual lawmakers who are hoping to push their plans through. Let’s take a look at the recent changes in the gambling landscape in the United States.

Texas is perhaps one of the biggest wildcards this year. Is the Lone Star State finally going to pull the trigger and push forward with the legalization of gambling? Presently, the state has horse racing and a lottery, but it hasn’t budged much past that with some obscure rules about friendly poker games.

Texas House of Representatives Speaker Dade Phelan though has signaled already that he might actually endorse the expansion of gambling in the state. There are at least 200 registered lobbyists who feel the same this year.

Las Vegas Sands, one of the companies to push forward in earlier years, is also still interested in seeing a Vegas-style casino resort built in Texas. "I want to see destination-style casinos that are high quality and that create jobs and that improve the lifestyle of those communities," Phelan himself said.

The state’s best bet seems to be Democratic Senator Carol Alvarado who sponsors SJR-17, for which he said that he would seek bipartisan support in order to see it through. However, it would be down to Texas voters to decide on whether they want gambling expanded any further as an institutional amendment would be required.

Hawaii is a true holdout state where gambling of any kind is presently prohibited. This means that the state will have to build from the ground up. Some of the common gripes against this are that mainland companies would remit revenue to their continental operations, leaving the Aloha State short on tax revenue.

This is unlikely to happen under the watch of State Rep. John Mizuno who has pitched a gambling bill aimed at legalizing sports betting and poker on Kalihi, Oahu, one of the Hawaiian islands. Mizuno already argues that there is plenty of illegal gambling going on on the island.

To fix this, the lawmaker wants to see a new law passed that will legalize the activity. There is a rub, though, as Mizuno is collaborating with one Eric Ford who had inroads with authorities in 2013.

The emphasis is on locals and business owners should also be established in the state, Ford told members of the press during a press conference at the state Capitol. The proposed fee for a license would be anything between $50,000 and $100,000. 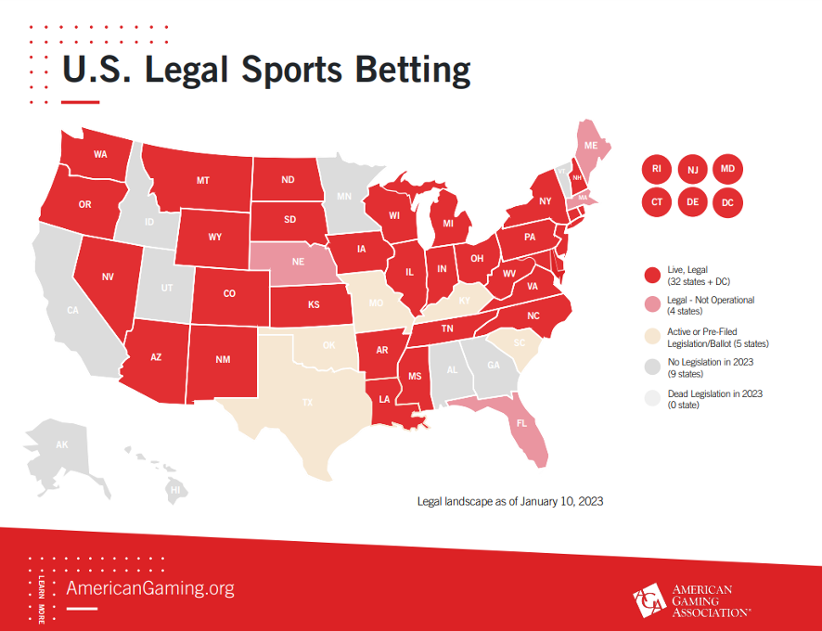 Kentucky is getting serious about its gambling industry – or the lack thereof. The Bluegrass State is pitching House Bill 106, backed by Representatives Rachel Roberts, Cherlynn Stevenson, and Derrick Graham.

The idea is to have fantasy contests, sports betting, and online poker legalized as part of a massive change in the state laws which should give Kentucky a much-needed tax revenue boost.

House Bill 106 draws on experience in other states and is a blueprint of pretty much the same overall rules and regulatory expectations that the 33 other jurisdictions that regulate gambling in the United States currently abide by, plus local considerations.

North Dakota is still a long way from having its sports gambling laws, and frankly, a launch before 2025 is unlikely. For one, a currently floated measure seeks to enact a referendum on whether the state should have sports gambling laws in the first place.

The earliest this can happen is during the November ballot in 2024. Before the proposal can get to the ballot, though, it still needs to clear the Senate. It did pass through the House on Thursday, January 12, and is heading for another deliberation.

The legalization attempt is supported by trade groups and local lawmakers, including Republican Representative Greg. Stemen is confident that sports betting would mean millions of tax dollars in revenue to the state.

In the meantime, the American Gaming Association estimates that North Dakotans are spending as much as $300m on sports betting annually. Around 140,000 people in the state are habitual bettors, the trade group estimates.

South Carolina is definitely going to be one of the states that are going to push for sports betting legalization this year. Republican Senate President Phil Berger expressed hopes early in January that there is most likely going to be sufficient support to see the legalization of online gambling in the state through.

There are still some misgivings left about sports gambling after the legislature hampered an attempt to push forward with sports gambling legalization in the summer of 2022. There were concerns that legalizing sports gambling would lead to an increase in gambling addiction across the state and other social ills.

By one estimate, North Carolina’s betting industry alone is worth $1.7bn which means lawmakers should be willing to at least hear arguments for why bringing this into a regulated framework is better than the offshore or black market operations.

As a reminder, a new bill in 2023 would carry over to the 2024 legislative session, meaning that, at the very least North Carolina is looking to build solid momentum in the state.

Maine already has legalized sports gambling, so it’s not a question of IF but WHEN the state is going to launch its industry. Hopes are that this can happen this summer, but Maine Gambling Control Unit Executive Director Milton Champion is in fact much more restrained in his expectations for when an official launch can happen.

As Champion puts it, the state must get things right before it can proceed with a launch. There will be more clarity as to when the state will launch as a hearing of the regulator is due on January 31.

The Other States to Look Out For

There are understandably more states to make a dash for regulating their gambling industries this year. Oklahoma Governor Kevin Stitt offered his support for gambling early in the year, mostly through social media. Missouri has had a couple of close calls as well, with local stakeholders, such as sports teams and casinos becoming more vociferous about the issue.

South Carolina is also spearheading an effort led by House Minority Leader J. Todd Rutherford which he hopes will result in legalization this year. Places such as California and Florida though remain deadlocked, and so are Utah and Idaho, however. 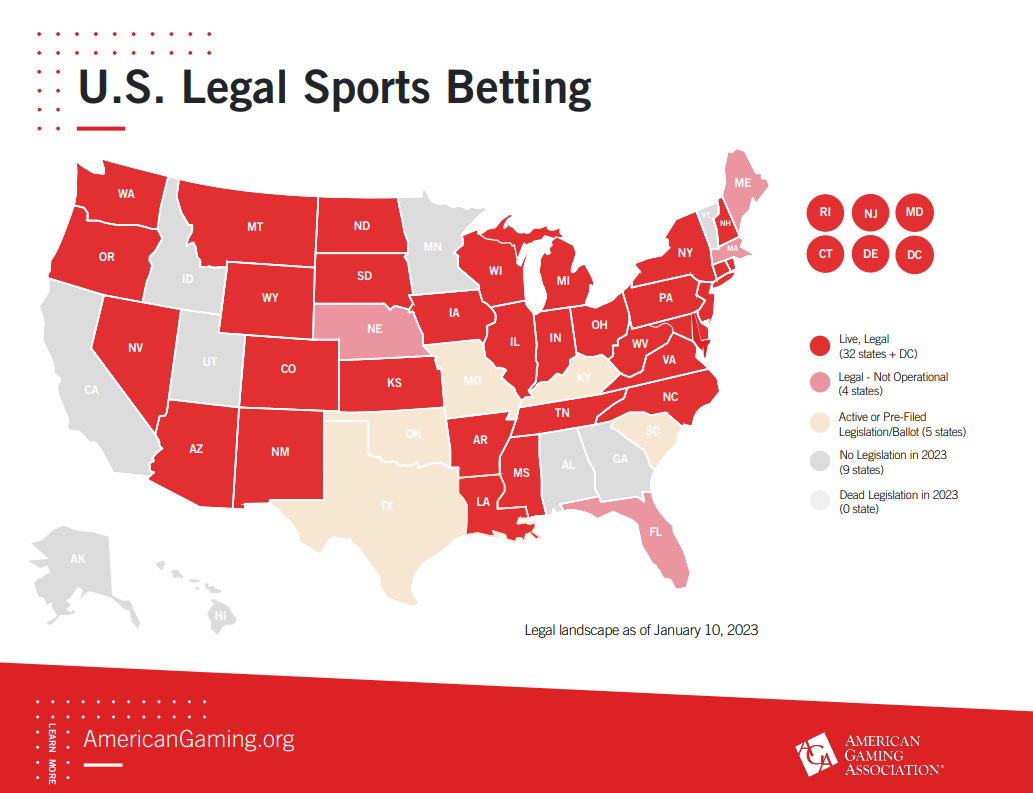 Alex Baluch
7 min. read
Comments
Nobody has commented on this article yet. Be the first one to leave a comment.
Related