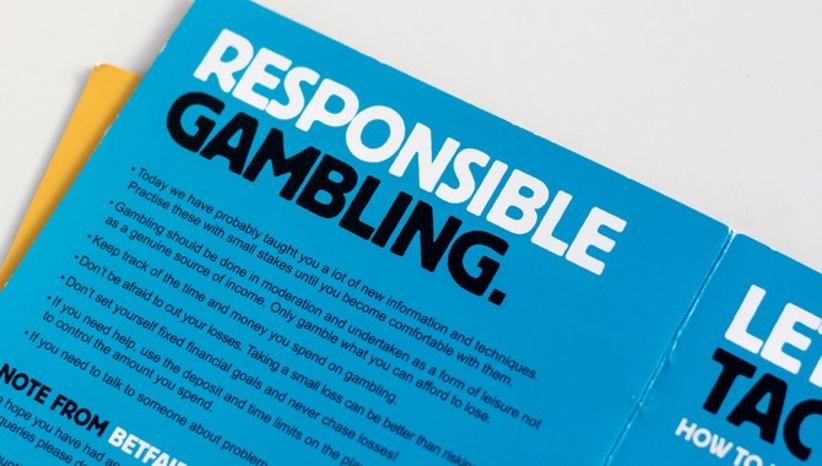 The gambling industry in the UK is at a crucial point in its history. A government review into the 2005 Gambling Act has been concluded with recommendations and changes expected to be announced at the end of the year. While the coronavirus pandemic has boosted the online sector which has seen a rise in digital play in the UK during a past 18 months dominated by national lockdowns, and more time spent at home for the general public.

For example, the UK onlinemarketis set to grow from£5.7bn ($7.8bn) in 2020, tomore than£21.4bnby 2025,according to the business telegraph. As a result, responsible gambling has never been as prominent, especially among industry bashers who are circling like vultures demanding the industry tightens its regulations to apparently make gambling safer.

Last June, the Gambling-Related Harm All Party Parliamentary Group (APPG) called for sweeping changes to the UK industry, including a ban on all gambling adverts and a £2 stake limit for online slots. The group, comprised of more than 50 MPs and peers, also said the Gambling Commission was "not fit for purpose" and that the 2005 Act needs an overhaul. Parts of the recommendations were justified such as changes to VIP schemes to make them less exploitable to customers. But when you consider how and what the industry has done in recent years to try and make gambling safer for consumers, then surely blanket bans are a step too far?

In early September, Flutter Entertainment introduced new deposit limits for customers under the age of 25 across its Paddy Power, Betfair and Sky Betting & Gaming brands in the UK. The monthly deposit limit was set at £500, limiting the amount players in that age bracket can lose per month. While some critics said the limits didn’t go far enough, the fact Flutter was the first operator in the UK to implement such a threshold for young gamblers must be acknowledged as a positive step. The policy was taken to ensure youngsters don’t spend outside of their means at a time when they might be reaching a stage of financial independence for the first time. 77% of regular gamblers polled by Flutter supported the move, demonstrating the fact the £500 limit seems to be a sensible amount without ruining a player’s enjoyment which might take them to the unregulated black market.

Operator’s and the Gambling Commission have made a joint effort to keep on top of player safety in the past two years. In August 2019, a voluntary whistle-to-whistle advertising ban was introduced in the UK, prohibiting gambling adverts being shown during live sport – excluding horse and greyhound racing – before the 9pm watershed. These bans last from five minutes before the start of the match, ending five minutes after. A year later in August 2020, the Betting and Gaming Council (BGC) published evidence from a report that showed the ban reduced the amount of TV gambling adverts seen by 4 to 17-year-olds by 97%.

The study by Enders Analysis found the amount of gambling ads viewed by youngsters fell by 70% over the full duration of the live sport broadcasts. Additionally, there were 109m less gambling ads viewed across four comparative weekends as a direct result of the ban and total gambling advertising exposure during live sport before 9pm fell by 78%. Again, these figures prove that sensible reinforcement of regulations can suffice rather than a complete blanket ban which punishes sports fans who enjoy the occasional bet and operator’s who have a right to advertise their product, like other industry’s such as fast-food outlets who also get similar criticism.

Another measure that the industry has introduced is the banning of the use of credit cards to gamble in the UK, which came into force in April 2020. This applies to all online and offline gambling, except for non-remote lotteries and covers credit card gambling through e-wallets. This past August, Ireland also introduced such credit card bans. The move came at a vital time for helping to protect players during the height of lockdown and demonstrates that the industry is able to take on board recommendations made if they are sensible, which in this case, the ban is, and calls had been made to introduce it for quite some time prior to the announcement.

Also in 2019, five operators – William Hill, bet 365, Flutter, Entain and Sky Bet – pledged to increase their 0.1% voluntary levy to 1% by 2023, which is estimated to raise £100m for gambling charities. The much-needed funds will help to treat and prevent problem gambling and is another recent example of the industry coming together to try and eradicate the problem.

The gambling industry in the UK gets plenty of bad press. Some of it is justified, with several examples of fines for breaking advertising regulations and not enforcing player safety checks in recent years not helping clean up the industry’s reputation. However, the industry has made several big changes to how it operates and regulates in the recent past, as mentioned previously.

These are major steps that will help reduce gambling harms for young people in particular and reduce the exposure of gambling to those who are most vulnerable. But these steps need to be acknowledged, rather than further calls to tighten up an already well regulated market and take things too far which in the end, will only work to have a detrimental impact on the consumer, and drive players to the illegal market. The next six to 12 months promises to bring about many changes with recommendations to overhaul the 2005 Gambling Act set to be made. Let’s just hope these changes are for the better and not the worse.