Stay up to date. Would you like to be notified about latest gambling news and updates?
Allow
Home Gambling Industry Relax reveals fifth Dream Drop Mega Jackpot winner 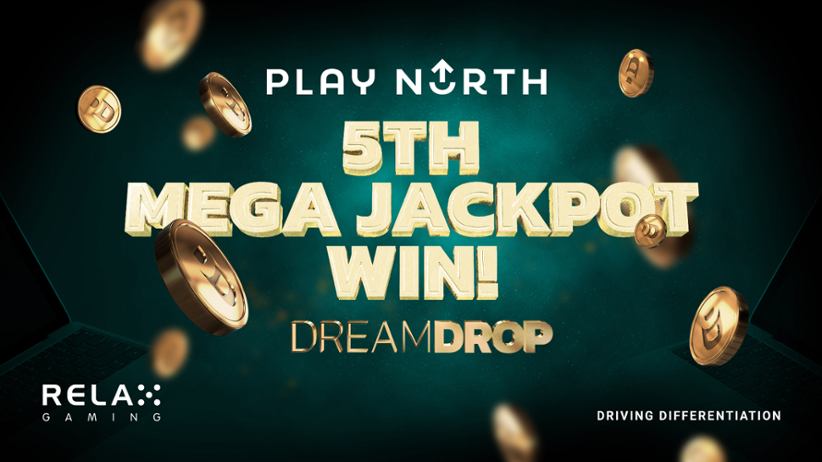 Relax Gaming has announced the fifth winner of the Dream Drop Mega Jackpot feature. A lucky punter has been able to turn a solid €1,886,174.63 payday while playing Snake Arena Dream Drop on Play North’s Kansino brand in the Netherlands.

Dream Drop games come with a total of five available jackpots, to name Rapid, Midi, Maxi, Major, and the Mega Jackpot which dropped now. So far, Relax Gaming has reported more than a million individual winners since the Dream Drop feature was introduced in March.

A total of 53 Major Jackpots have been won along with five Mega Jackpots, owing to the lucky winner at Kansino. Relax Gaming has been particularly happy with the new feature, arguing that it has become an immediate success with players with thousands of players already stacking up some big wins, and the product itself dubbed as one of the industry’s "hottest."

To make sure that Dream Drop is out there and making more people happy, Relax Gaming has worked hard to incorporate the feature into numerous leading titles, including Snake Arena, Vikings 2, Wild Chapo, TNT Tumble, Neko Night, Dream Drop Diamonds, Santa’s Stack Dream Drop, Temple Tumble 2 and many others.

The latest success was welcomed by Relax Gaming CEO Simon Hammon who was happy with the opportunity to see yet another player winning the Mega Jackpot prize money. Hammon added:

"We hope this latest Mega win inspires even greater uptake of our engaging titles, and we can’t wait to see the impact Dream Drop will continue to have."

Play North CEO Klas Winberg was equally pleased to see yet another player become a winner. Winberg was excited to see that players are turning up at the company’s flagship brand in the Netherlands and showing interest in one of its best products. Winberg hailed the success of the Dream Drop feature and the real impact it had on business and players.

Winberg also added that Dream Drop is a feature that allows companies to promote their gambling products safely and responsibly without resorting to bonuses, which are becoming more unpalatable in the Netherlands and trickier to push. In fact, the Dutch Gaming Authority recently reminded licensed operators in the country to not issue cashback bonuses.

Relax Gaming continues to plan its next Dream Drop game as the company has been working on both in-house products and serving as an aggregator for the content provided by third parties to offer the best value to partners.

Are you guys fans of the Dream Drop Jackpot feature?