Stay up to date. Would you like to be notified about latest gambling news and updates?
Allow
Home Gambling Industry FunFair Games dips toe in Belgium iGaming with Napoleon Casino 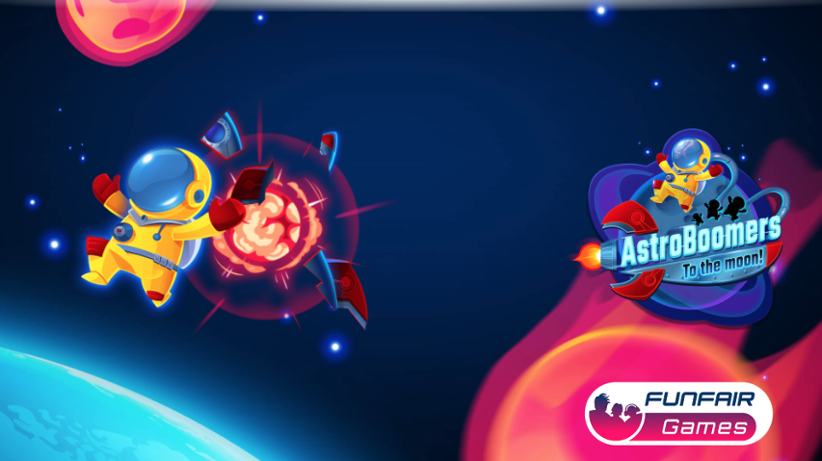 FunFair Games has not hidden its expansionist ambitions, and the company has leveraged a strong and unique product to make sure that operators in regulated markets find the portfolio by the innovative supplier worthwhile.

The latest operator to have done so is Napoleon Casino, the prominent and respected Belgian brand owned by Superbet Group, which has signed a content partnership with Funfair, allowing the supplier to introduce its products in the country for the first time. The partnership itself is facilitated by Games Global, which will help the games to launch in a seamless fashion, the company said in a press release shared via email.

This is an important step forward for FunFair Games which has become popular around its state-of-the-art crash game, Astroboomers: To The Moon, a highly polished and well-designed crash game with a very strong emphasis on the multiplayer experience.

However, Napoleon Casino players can expect to get even more worthwhile titles as FunFair Games has also given the classic a makeover with Astroboomers TURBO! and will additionally feature Five Ball Fiesta, and the all-time favorite Hugo: Up and Away. Napoleon Casino is an important regional partner as it’s arguably one of the best-known brands in the country, making sure that FunFair Games will have access to audiences in Belgium.

This content alliance has been welcomed by executives and managers on both sides. Melissa Deboelpaep, who is the Gaming Content Manager at Napoleon Casino, said that the partnership with FunFair Games allows the casino to offer customers the supplier’s innovative variety of crash-style and multiplayer games.

Deboelpaep seemed confident that FunFair will have the same success with its games at Napoleon Casino as it has with global fanbases. Meanwhile, Carlo Cooke, who is the Commercial Director at FunFair Games, expressed a similar sentiment and said that Napoleon Casino was a perfect partner for FunFair’s further expansion in Belgium.

"Launching our non-traditional content with a market leader will ensure we hit the ground running and we have high hopes for this exciting region and look forward to growing our reach together with Napoleon Casino," he concluded. Belgium remains one of the best regulated and most lucrative European markets, which has made iGaming suppliers to actively seek it.

In July, Betsoft, another esteemed supplier and provider of online casino games, signed a similar content deal with local iGaming powerhouse PepperMill Casino. This is not the last time we have heard of prominent deals in the Belgian iGaming market either.

Are you guys fans of Astroboomers? One of my favorite crash games and how I got into this genre!