Stay up to date. Would you like to be notified about latest gambling news and updates?
Allow
Home In-depth What is the impact of the cost of living on the UK gambling market? 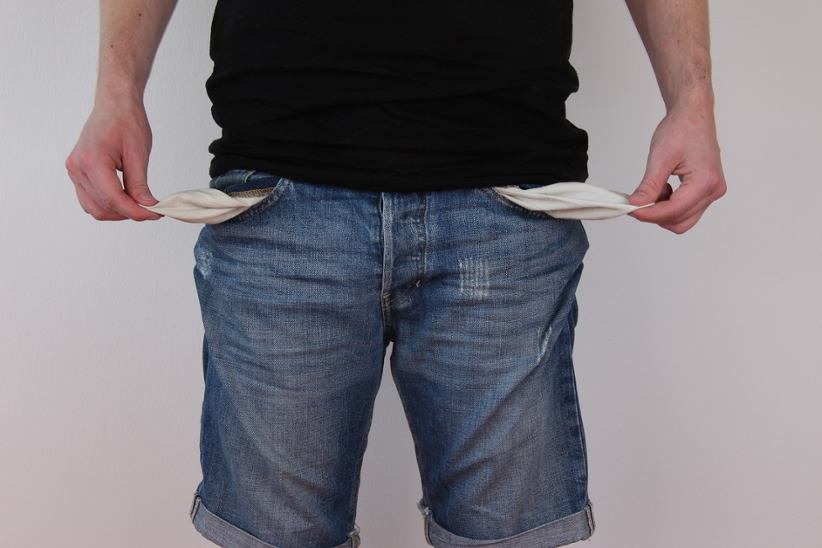 The cost of living can have an impact on any business regardless if it operates on a local or a global level. To put it simply, the cost of living represents the money one person needs to enjoy a specific lifestyle in different areas. As hourly or monthly pay varies from country to country, so do the prices for services or essential products such as food.

Cost of living in the UK on the rise

In the UK, there have been multiple increases in the price of energy which has put a strain on families, as well as businesses. But how did that impact gambling and did it increase gambling participation? Judging by statistical data released by the Gambling Commission, the regulator in the country, there is an increase in gambling participation, although it still remains below pre-pandemic levels.

Yonder Consulting conducted the quarterly telephone survey for the Gambling Commission in September. A sample of 4,018 adults age 16 or more were interviewed in December last year, in March, June and September 2022. The study found that in the year to September 2022, 44.1% of the interviewed admitted to participating in at least one form of gambling for the past four weeks.

The latest result surpassed the value recorded for the year to September period in 2021 when 42% admitted to participating in at least one form of gambling in the past four weeks. What's more, the result from this September came close to the 46.7% pre-pandemic result from September 2019. More importantly, judging by the latest report, in-person gambling increased significantly by 27% when compared to the year to September 2021 period, but did not surpass the pre-pandemic levels.

It is important to note that GC's data doesn't definitively confirm that there is a connection between the rise in the cost of living and the increase in participation in gambling. Still, it is not unlikely for some compulsive gamblers to increase their spending amid the rising costs of products and services.

Does the cost of living impact the UK gambling industry?

Amid the increase in the cost of energy in the UK, the Betting and Gaming Council (BGC), the single industry body for the betting and gaming industry in the country, urged lawmakers to take action earlier this year. The BGC asked for protection from the "catastrophic" energy spikes and pointed out that there are thousands of betting shops impacted by those increases.

Michael Dugher, BGC's boss said on the topic: "The cost of simply doing business is rising at an exponential rate. If urgent action isn't taken soon, continued energy price increases could have a catastrophic impact across the hospitality and leisure sector, including hitting our members."

In other words, the cost of living crisis and increasing prices for utilities can have a negative impact on licensed gambling operators that help support thousands of jobs in the sector. This, in turn, can lead to unemployment, as well as an increase in the share of the black market, a market that doesn't fall under the existing gambling regulation, lacks customer protection and doesn't contribute toward the economy in the country whatsoever.

Can the cost of living increase gambling harm?

While the cost of living is on the rise, can it result in an increase in gambling addictions and harm? A study published by GambleAware recently suggests that nearly one in four women, or 24%, of the women age 18-49 who gamble, are likely to increase their spending on gambling. This, according to the study is pushed by the cost-of-living crisis. What's more, the new white paper reveals that 12% of women turned their eyes to gambling "in an attempt to supplement household income."

Not unexpectedly, the rising cost of living brought hardship and distress for some women, and one in five women, according to the study, admitted to experiencing anxiety and stress due to gambling. "Fears are now growing that the cost-of-living crisis will further exacerbate this over the coming months, with winter already being traditionally associated with a spike in traffic to gambling websites amongst women, potentially causing a worrying growth in gambling harms," reads the report released by gamble aware recently.

In line with the recent report, GambleAware revealed the launch of a new campaign that seeks to raise awareness and help women who may be impacted by problem gambling. This campaign seeks to encourage women and their loved ones to speak about potential issues with gambling and address those before gambling harm occurs.

As with any regulated gambling market, in the UK, there are structures and organizations that safeguard the well-being of the customers. The UK Gambling Commission (UKGC) plays an important role in the market as it is tasked with the regulation of gambling activities in the country. The Commission is in charge of licensing but also ensures that all licensees adhere to the existing regulations that are in effect. It's not a surprise that whenever the UKGC encounters a breach of the rules it can enforce different actions such as warnings, fines or in some cases even license suspending or revocation.

GambleAware, is the UK's leading charity that focuses on research, prevention and treatment services for people affected by gambling harm, also helps punters in the country. Some of the main goals of the charity are research, prevention and treatment for people affected by gambling harm. Ultimately, GambleAware seeks to achieve a community free from gambling addictions and harm.

The UKGC and GambleAware are one of the most important pillars of the regulated gambling industry in the country. Thanks to GambleAware's efforts, many people affected by gambling harm receive invaluable support, while the market is closely guarded by the vigilant Gambling Commission.

James Bill
6 min. read
Comments
Nobody has commented on this article yet. Be the first one to leave a comment.
Related