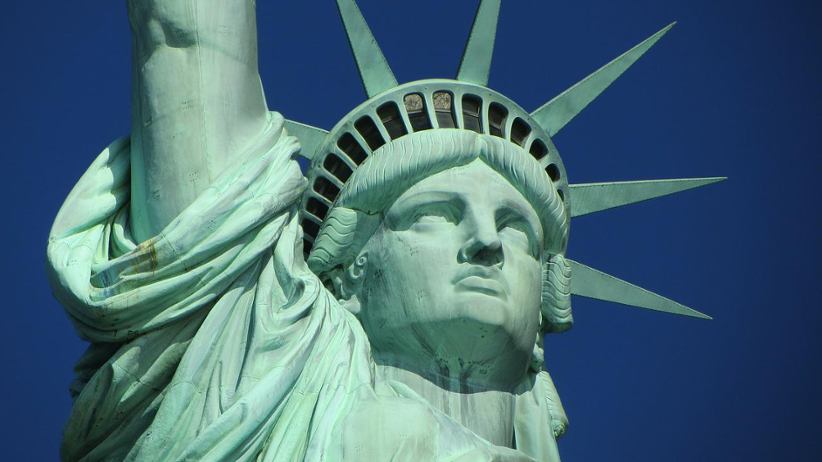 New York is the fourth most populous state in the United States. Its population surpasses 20 million as of 2021, falling only slightly behind Florida with 21.5 million in population. Back in 2018, the US Supreme Court voted the Professional and Amateur Sports Protection Act (PASPA) unconstitutional.

Before the Supreme Court's decision, PASPA used to limit sports betting to Nevada for 25 years. After PASPA's repeal, US states were allowed to legalize and launch sports betting. This opened the door to a significant expansion of the activity. Lawmakers in multiple states started developing a legal framework for regulating the activity.

New York surpasses $1.6 billion in betting handle for one month of operation

Earlier this year, on January 8, New York finally launched its online and mobile sports betting market. Operators that want to offer the activity have to pay a $25 million one-time licensing fee. On the other hand, the tax rate for online sportsbooks in New York is set at 51%.

Ever since the launch of mobile sports betting in New York, there were high hopes for the market in the state. Little did experts know that for its first month of operation, the mobile sports betting market in the state will surpass other markets that have been operating for years now. In fact, for its first month of operation, mobile sports wagering operators in New York reported a betting handle of $1,669,719,034, according to data released by the New York State Gaming Commission.

This resulted in mobile wagering gross gaming revenue (GGR) of $124,138,955. During its first month of operation, in January, mobile sportsbook operators have seen $60.8 million in net revenue. On the other hand, based on the 51% tax rate, the state collected $63.3 million in taxes.

During its second month of operation, mobile betting operators in New York have reported a total of $1,527,568,253 in betting handle. This marked a slight decrease when compared to the results from the previous month. However, the mobile wagering GGR decreased quite a lot to $82,392,104.

Leading sports betting operators launched their services in the state

DraftKings, another sports betting leader in the US, also launched its operations in New York. The company reported $378 million in betting handle during its first month of operation which was January. That resulted in $14.5 million in net revenue. Similar to FanDuel, DraftKings performed quite well during February too and reported a total of $387.6 million in mobile betting handle. In February, DraftKings has seen an increase in net revenue, which hit $14.7 million.

BetMGM was another operator that launched its services in New York early. After January and February, the operator reported a total of $236.9 million in betting handle. This translated to a total of $3.6 million in revenue for BetMGM for its two months of operation.

Since the launch of mobile sports betting until the end of February, PointsBet had a total betting handle of $82.8 million. As a result, the operator collected some $2.8 million in net revenue for the two months of operation in New York.

Last but not least, BetRivers, operated by Rush Street Interactive, had a betting handle of $70.6 million in total for January and February. This represented a total of $1.5 million in net revenue for the sportsbook.

But why did the mobile wagering market in New York prove to be a roaring success? Well, one of the reasons is because the activity in the state managed to surpass all sports betting handle records set before in states that have offered the activity for years.

Pennsylvania launched its online betting market back in May 2019. By now there more than a dozen operators are offering the activity and the state taxes the activity at 36%. Operators in the state are due to pay an initial $10 million licensing fee as well as a $250,000 renewal fee every 5 years.

Both January and February were packed when it comes to sporting events for betting, considering the National Football League 2021/2022 season and the Super Bowl LVI. In that line of thought, a record 31.4 million Americans decided to place bets on this year's Super Bowl LVI. This marked a 35% increase when compared to the number of Americans that wagered on the event in 2021, according to the American Gaming Association.

Overall, Super Bowl LVI has seen a total of $7.61 billion in wagers, marking a 78% increase when compared to the $3.33 billion in wagers during 2021. Without any doubt, the packed sports schedule combined with the Super Bowl helped propel New York's young mobile betting market.

But it's not only sports events that reaffirmed the success of the mobile betting market in New York. According to GeoComply, the leader in geolocation security, after one week of operation, sportsbooks in the state have seen 1.2 million new accounts created. After the first month of operation, the number of accounts continued to grow and hit 1.8 million unique betting accounts.

Attractive promotions and sign-up bonuses have helped push sports fans to try sports betting in New York. It is important to mention that the launch of the legal mobile betting market in the state helped decrease the share of black market or offshore operators.

Users switching to regulated sports betting operators bring many benefits. By using regulated operators, users are protected, because the operators adhere to responsible betting rules. Furthermore, payouts on big winnings cannot be guaranteed with black market or illegal operators but this is not the case with licensed, regulated operators. Regulated and licensed operators also pay taxes and help the state where they are allowed to operate in.

So far, it looks like sports betting will continue to spread reaching more US states. According to the American Gaming Association, now, the activity is live and legal in 30 US states and Washington DC. Another three states currently are paving the way to launch the activity and have legalized it, but are yet to launch. On the other hand, lawmakers in a dozen US states are currently in the process of legalizing the activity by filing legislative proposals. Another four US states have not submitted any legislative efforts.

The sports schedule in the upcoming months is packed with events and there will be plenty of actions for sports fans that would want to place a wager in US states where the activity is live and legal. Judging by the numbers from January and February, it is clear that for sportsbooks in New York, the sky is the limit. The only question that remains is whether the state will continue to show such strong results month after month, year after year.