Stay up to date. Would you like to be notified about latest gambling news and updates?
Allow
Home Gambling Industry Swintt seals the deal with UKGC license 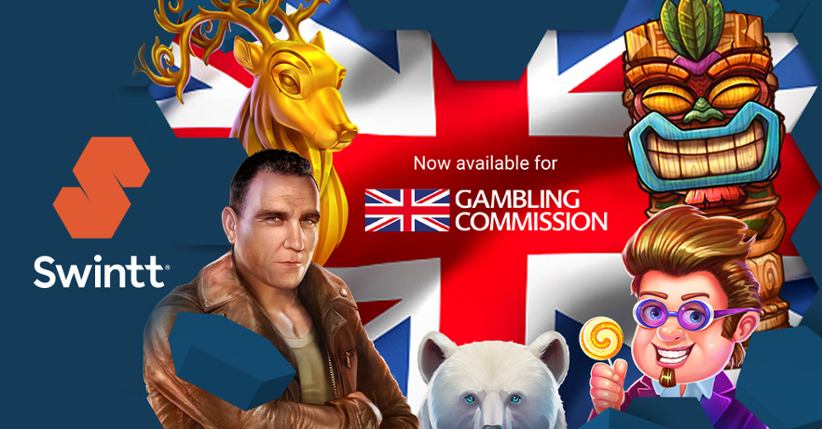 Swintt, the award-winning iGaming studio and author of unique online casino solutions such as SwinttGamify and SwinttLive, has achieved a major milestone in the industry by securing access to the UK gambling market. The company has been able to clear licensing requirements by the UK Gambling Commission, officially allowing the iGaming supplier to enter one of the world’s most competitive markets.

This will effectively translate into a huge commercial opportunity for Swintt, which will have the opportunity to deploy more than 140 games in the market, including Mystic Bear XtraHold, Book of Easter, Viking Honor Xtra Wild, and so much more. The rollout will also include The Crown slot which uses the image and likeness of Vinnie Jones and has already proved mighty fun outside the UK.

Now, though, it’s British players who will have the amazing opportunity to explore this unique game. Other titles coming to the market include Candy Gold, Mega Phoenix, Five Princesses, and all other past, present, and future slots that will be rolling out through Swintt and its partner operators. The company has developed the advanced Xtra feature which is its signature style and enables it to position itself in what is one of the most promising European iGaming markets.

Swintt CEO David Mann was thrilled with the opportunity to see his company complete this journey, resulting in the ultimately important milestone that it did. "Swintt is thrilled to be able to announce the issuance of a UK license that will enable us to share our incredible collection of games with players at UKGC-licensed platforms for the very first time," Mann said in the official press release.

Swintt also added that the company is going to soon announce the names of its first partners in the country. Those operators will help deploy a range of excellent iGaming options that will allow players to have a last. Swintt has been a prolific iGaming company.

The developer has been pumping out games out of his assembly line with recent releases such as Book of Easter, and more. Last week, the company struck a content partnership with EnergyCasino, focusing on markets licensed under the Malta Gaming Authority. Swintt is able to provide excellent experiences to both desktop and mobile casino consumers. The company just won the Innovation in Mobile distinction at the EGR B2B Awards this year.

Excellent milestone for Swintt. Are you guys familiar with their games and what do you think?