Stay up to date. Would you like to be notified about latest gambling news and updates?
Allow
Home Gambling Industry Relax Gaming adds Galaxsys as latest studio to Power By program 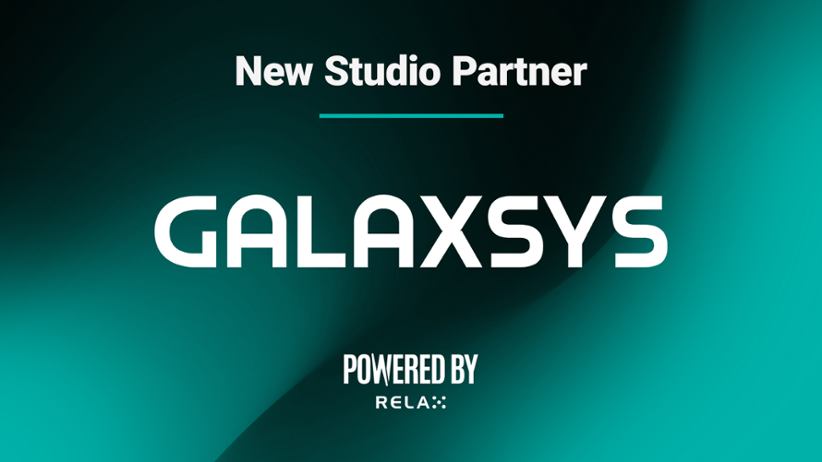 Relax Gaming, a leading iGaming aggregator and provider of in-house unique content, has expanded its partner program, Powered By, through the addition of Galaxsys, another prominent studio and developer of games for the online casino sector.

Galaxsys is a prominent brand and company that operates out of Yerevan, Armenia, and it’s one of the leading providers of skill games for the industry. The products delivered by Galaxsys are marked by their high level of skill and commitment to the players, bringing them an array of gameplay opportunities and features.

So far, Galaxsys has created no fewer than 20 fantastic titles that include popular options such as Penalty, Crash, and Rocketon. The studio has also advanced steadily in the so-called skill vertical where players may enjoy Belote, Backgammon, Dominoes, Hexagon, and others.

Meanwhile, Galaxsys has been able to establish partnership relations with more than 100 casinos in Europe, Latin America, Africa, and Asia. The company is now expecting to significantly increase its footprint through this new tie-up with Relax Gaming.

Relax Gaming CEO Simon Hammon welcomed Galaxsys to the Powered By partner program and said that it meant a lot for the aggregation platform as well. He hailed the studio’s global reach and accomplished products.

"The studio’s line of products is proving to be hugely popular around the world, and we’re happy to be working alongside one of the market leaders in this segment," Hammon concluded.

Galaxsys SVP, Sales and Business Development Gil Soffer were equally pleased with this accomplishment. He hailed it as a success and added that the entire team at the company was very pleased to be joining one of the world’s leading aggregation solutions.

Through this move, Soffer explained, the company stands to expand further and reach even more clients, bringing its games to new audiences. Meanwhile, Relax Gaming has also been increasing its global footprint.

The company entered into Greece earlier this month, receiving the necessary regulatory approvals from the Hellenic Gaming Commission. Relax similarly saw some of its content added to Markor Technology’s platforms and partners.

Other prominent partnerships signed between Relax Gaming and individual studios include one that the company inked with Lady Luck Games in mid-December. Relax is expanding aggressively around the world and it already features more than 4,000 titles to offer its partners.

Galaxys is up next with Relax Gaming! Have you guys played any of the studio's games yourself?