Stay up to date. Would you like to be notified about latest gambling news and updates?
Allow
Home In-depth Play’n GO’s Magnus Olsson: “We placed a bet on online casino’s regulated future” 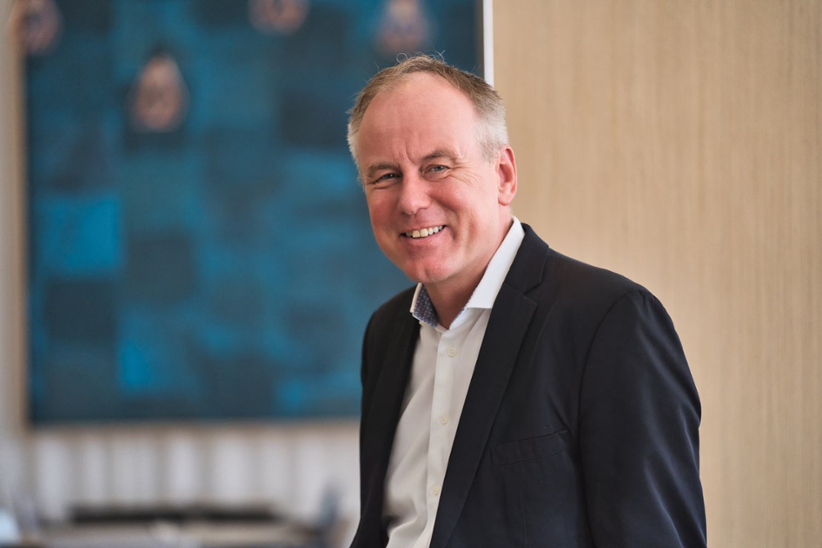 With recent launches in both the US and Canada, Play’n GO is targeting North America for the next step in its global mission to be the leading provider of casino entertainment in regulated markets. We sat down with Magnus Olsson, Play’n GO’s Chief Commercial Officer, to discuss the strategy and how the games have been received in jurisdictions including New Jersey and Ontario.

Q: Play’n GO has launched with BetMGM in New Jersey. How has this been going? Are you happy with the reception that Play’n GO’s products have enjoyed?

We launched with BetMGM in New Jersey at the end of October, so this is obviously a very new deal and we can’t draw too many conclusions just yet, but overall we’ve been really happy with how players in the Garden State are responding to our games.

Every jurisdiction is unique, but our advantage when entering a market like New Jersey is that we can draw upon unparalleled experience in regulated jurisdictions worldwide. We’re active in more than 25, and our content is built specifically with entertainment as the focus.

We’re also fortunate to offer a portfolio of titles featuring some blockbuster IP. Online casino fans in New Jersey have been patiently waiting to play titles like Book of Dead because they are already globally beloved. Combined with some of our licensed music titles, featuring global superstars like *NSYNC and KISS, this means we already have a strong profile in this state even when our games have only been live for a few weeks.

Q: You have recently attended G2E. Were you happy with the turnout and the opportunities the event presented for Play’n GO?

We had a really successful G2E recently. It was the first time Play’n GO had exhibited at the conference, and that reflects the growing importance of North America for us.

While we are confident in our ability to produce the best in casino entertainment in regulated markets worldwide, shows like G2E also provide a great opportunity for us to listen and learn. We can’t take success for granted in these hyper competitive markets where players demand the very best. We’re relatively new to North America, and we want to make sure we do things the right way.

Q: Has anything changed in your expectations of the North American market from the last time we spoke?

Our strategy remains clear. We placed a bet on a regulated future for online casino many years ago, and that’s why we are better positioned to enter new markets in North America than our competitors.

We don’t plan to change a winning formula, but we are looking closely at each jurisdiction to ensure we can deliver our content in a way that makes sense for that specific market. We are live in just a handful of states and provinces right now, but as more regulate, we are clear in our aim to become the partner of choice for online casinos who want to put entertainment at the front of their offer.

Q: How have things been going in Ontario, eight months after you received a license in the province?

It was a real honor to be among the very first suppliers which received a license from the Alcohol and Gaming Commission of Ontario (AGCO) earlier this year. It meant we could go live when the market officially opened in April.

Since then, we’ve been really encouraged by the early progress. Our games are performing strongly, with Tome of Madness, Rise of Olympus and Honey Rushamong the titles which have already caught the imagination of players in the province. We have an exciting pipeline of new releases already lined up for our players in Ontario, and we’re really focused on delivering the best of Play’n GO entertainment.

We also hope Ontario provides an example for other provinces in Canada, where sensible online gaming legislation can serve as a safeguard for players across the country. Everything we do at Play’n GO is focused on creating sustainable gaming experiences that can be enjoyed responsibly, and as more jurisdictions follow Ontario’s example, we can continue to expand on this mission.

Q: Any closing thoughts as we near the end of the year? A bold prediction about 2023 perhaps?

We like bold predictions at Play’n GO; that’s why we focused on mobile gaming and regulated markets long before it became clear these would be the dominant segment of our industry.

In terms of 2023, I’d say we’re going to start to see more regulators crack down on what we consider to be exploitative gameplay mechanics, like the ability to buy directly into a bonus round. We’ve already seen the likes of the UK and the Netherlands take a lead on this, and other regulatory bodies are starting to share our view that it’s neither a sustainable approach, nor a good look for our industry.

Alex Baluch
6 min. read
Comments
Nobody has commented on this article yet. Be the first one to leave a comment.
Related

Vladimir Malakchi: "Evoplay commits to responsibility at its core"

Sarah Ramanauskas: “To grow, the gambling industry needs to act in a responsible way”

Eduards Jakubovs, Head of RG of Betsson Group: “We are all about being fair to customers”

Shelley White: "There is a culture shift in the industry and a healthy player base is a priority"

Jo Abergel on the Ethical Responsibilities of the Gambling Industry

Symplify Josh Tromans-Jones: “We empower operators to confidently take control of their data”

Pieter Remmers: “We are focused on building a healthy environment for all”

Martin Lycka: “The industry is on the right track to achieve long-term sustainability.”