Play Faust for Free in Demo Mode by Novomatic 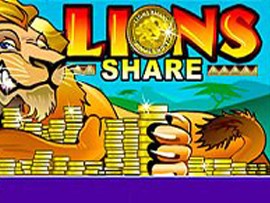 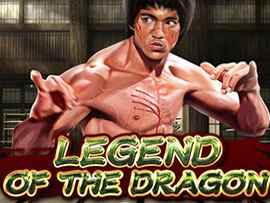 Legend of the Dragon
XIN Gaming

Faust pits your wits against Mephistopheles to see if you can escape with riches and your soul intact. The game is well built with some nice features and sports an RTP of 95.1% and some high-variance thrills.

"His waxen wings did mount above his reach, and, melting, heavens conspired his overthrow; for, falling to a devilish exercise he surfeits upon curséd necromancy." - from Doctor Faustus by Christopher Marlowe.

The theme of Faust is the German old German folk tale about the Doctor of the same name, the tale of a man who makes the original deal with a devil trading his eternal soul for temporary knowledge, magic, and wealth.

The ideas of renaissance alchemy and magic are portrayed in the scales and balance. Faust himself appears as does his lover (in Goethe’s version): Gretchen. And the Scatter/Bonus Symbol is appropriately represented by Mephistopheles the devil who will give you riches, but might keep your soul.

The graphic are alright, if a little tacky. The aces through ten are done in a rather ugly luminous colour.

Apart from the artwork the visual presentation is solid with nice animations on the reels and when you hit your wins.

The gamble feature looks slick and the sound design is largely invisible (in a good way). So overall it gets good marks in this area.

The gameplay is pretty standard for a five reel slot like this. There are ten win lines across the three rows and you can play as many as you like.

On hitting a winning combination you can play the same gamble feature as on several other Novomatic slots like this. The game requires you to pick what colour the next card will be.

Beyond there is also a free spin bonus (details below).

Mephistopheles is the key to this section. The tricky devil’s symbol plays as an all purpose Scatter, Wild and bonus symbol.

Where he falls on a winline you can use him as a Wild to complete a combination using any of the other symbols.

Hit three or more and you win a small amount as a scatter symbol. This will also trigger a bonus in which you receive ten free spins during which an expanding symbol is in effect.

The expanding symbol is selected randomly and on each free spin once payouts are complete it expands and payouts for that symbol are calculated again under slightly different rules. When this symbol lands it expands to cover all three positions on the reel after the initial payout is calculated.

Any further wins with the expanded symbol are then added to your total.

The RTP is 95.1% not drastically outside the middle of the pack, but on the low side. However this is countered by the game’s high-variance which is something we look for in the slots we recommend for our slot strategies.

Faust is a pretty solid slot machine. It has a couple of nice aspects (expanding symbols, gamble feature) and some weaker ones (artwork, RTP) but on the whole it doesn’t do anything too wrong even it doesn’t blow you away with anything either.

An average slot all round.